TOPS Knives has been teasing something new, something big and new, for a while now. They just took the wraps off their latest creation, a Viking inspired hand ax called the VI Ax. 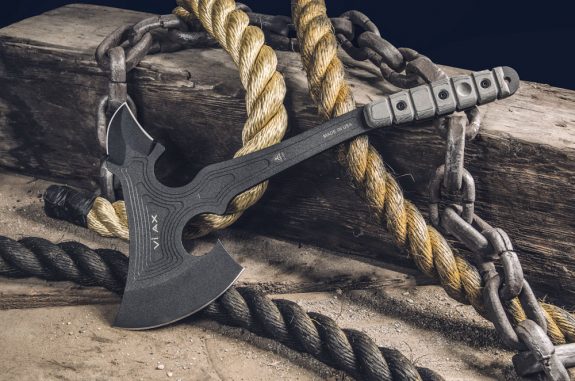 On one hand, this is the sort of straight-forward, nuke-proof axe you would expect from TOPS but the subtle details on the new VI Ax are pretty incredible when you look a little closer. It features an interesting offset haft design that puts the bit forward in the chopping stroke for more power much like the bent blade of a kukri. The haft and head have been lightened with attractive concentric milling patterns. The undercut bit lets the user choke up their grip under the cutting edge for knife-like control of finer cutting tasks. There is even a fire drill divot integrated into the micarta handle slabs. 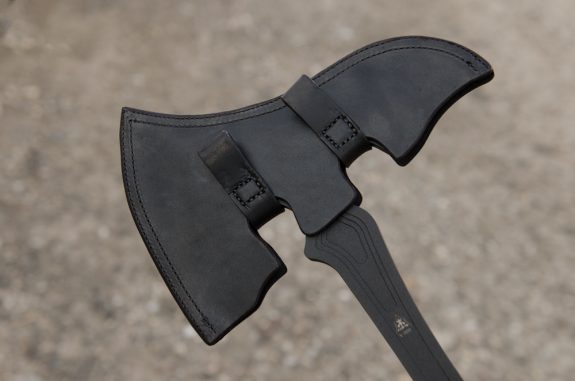 Here is what TOPS Knives has to say about the VI Ax:

The VI Ax, short for Viking Ax, was designed by Leo Espinoza. While it has some similarities to actual Viking axes, Leo added his own flair to the design and it became something totally different.

It is made from one solid slab of 5/16” 1075 instead of the usual 1095. This was to provide better impact resistance with only slightly less edge retention. Its large 5.25″ blade will chop through just about anything you put in front of it. The spike on the back is double-edged to provide maximum damage (2.18″ on the top side, 1.88″ on the bottom). The long handle with grippy Black Linen Micarta gives great reach and power with every chop. A high quality black leather sheath is included with two snaps to secure the ax in the sheath. The sheath was designed simply as a blade cover, not as a belt sheath (for safety reasons). There are small loops on the back that can be used to secure it to a pack or other MOLLE gear.

Take this with you on your next camping trip, put it in your bug-out-bag (if it’s large enough for this), or leave it in your vehicle for easy access. The Vi Ax will come in more than handy when the time comes.

Check out the VI Ax at TOPS Knives. 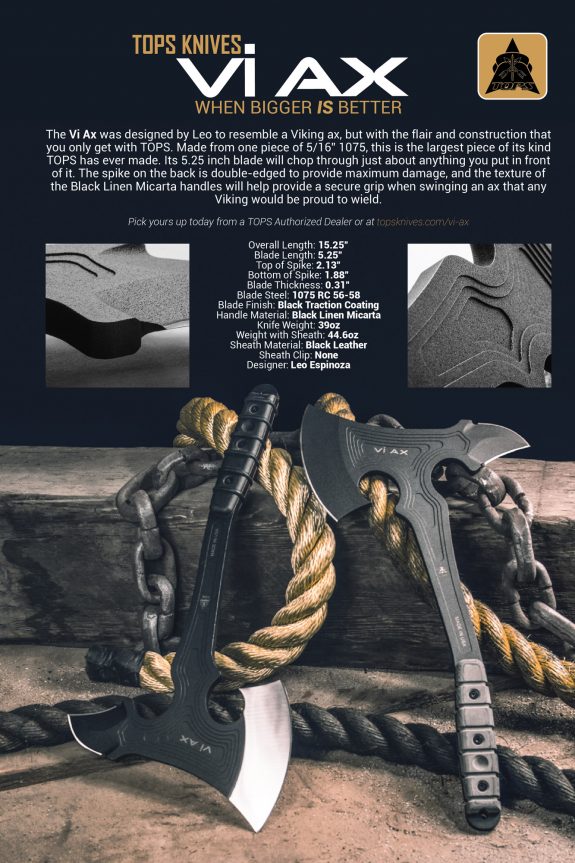