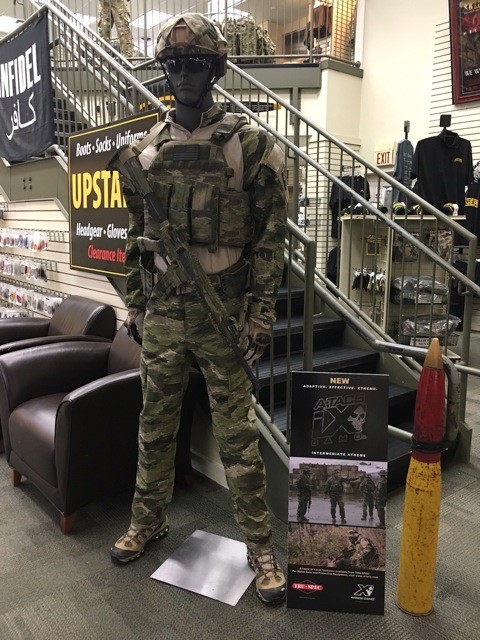 Clint Hoover, Business Development at A-TACS Camo had the following statement to make while displays are now in place at Ranger Joe’s and Commandos retail stores in Columbus GA.  We are really excited to get a read on the general public coming though and seeing the new A-TACS iX pattern.  I can tell you that the initial comments from the store employees and management was very positive. Not only the floor managers; the leadership was impressed with the look and products.  It is a big weekend here at Ft Benning with Family days, Infantry & Armor Graduations, Ranger School Graduation and other events. Staff at both stores said they will have thousands if not ten thousand people come thought their doors in a 5 day period.  Tru Spec is really out front with a solid introduction of the TRU uniforms in A-TACS iX; and thanks to many of you, we have some awesome gear finishing the displays out.

Displayed are the Warrior Assault Systems DCS Plate Carrier (above)