Perroz Designs has rolled out two new plate carrier designs in the last couple of weeks. 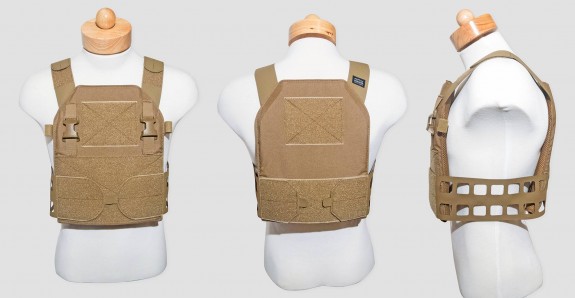 The first new carrier is the Gen.5 version of their excellent LPSPC (see the previous review). The LPSPC Gen.5 is just as light and low profile as previous generations. The biggest difference is a useful one – an adjustable cummerbund. Previous iterations of the LPSPC had an integrated, non-adjustable cummerbund. The new Gen.5 version’s cummerbund is attached to the rear plate pocket via hook and loop material which makes it adjustable and should make it easier to swap rear plate pockets. 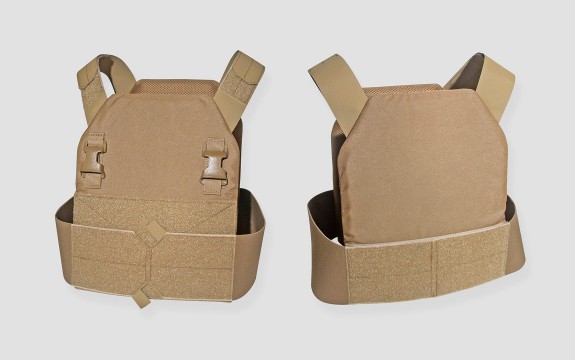 The second carrier is all new. Perroz Designs has introduced their new MSPC or Minimalist Slick Plate Carrier. It takes the lessons that Perroz Designs has learned with the LPSPC and strips them down even further to a very minimalist but still functional plate carrier.

Many of the same materials used in the LPSPC can be found in the new MSPC like 500D Cordura nylon construction and 3D spacer mesh backing material. One of the best things about the LPSPC was how effectively it made use of Hypalon to keep the plate carrier low profile through the shoulders and cummerbund. The MSPC does the same with its Hypalon shoulder straps and cummerbund. In fact, if you have been following Perroz Designs for a while, the MSPC will look a little but like an improved LPSPC Gen1.

The MSPC has an adjustable cummerbund. It also has removable QASM buckles and a large hook Velcro field on the front that allow it to scale up rapidly from slick to load bearing with the addition of Velcro backed panels or SwiftClip compatible chest rigs/panels.