I have written about reducing the weight of your AR-15 and lightweight AR-15 accessories a lot because I think it is important to keep your rifle as light as is practical. However, there is a right and wrong way to go about it. The low hanging fruit of just swapping stocks is probably not the right way.

I try not to spend too much time thinking or talking about “balance” because if you do your part aligning the sights and working the trigger balance won’t matter much and it comes down to preference in many cases. However, if you go about reducing the weight of your carbine the wrong way, it can become an issue. You can make a rifle actually feel heavier by removing weight from the back end which shifts the balance forward. That can become an issue over the duration of a multi-day carbine course, competition, or just a day at the range.

I have a carbine with a Weapon Outfitters built upper on it that has been a very good performer for me. The upper has a Ballistic Advantage 13.7 BA Hanson Profile barrel with a permanently attached B.E. Meyers M249F flash suppressor to bring it to a non-NFA 16″+. The barrel is covered up with an ALG Defense 13″ EMR V2 with an Impact Weapons Components Hand Stop, LMT Folding Front Sight, and INFORCE WML which are all fairly lightweight components. It is all topped off with a Trijicon TR24 Accupoint. This upper was never meant to be an ultra-light but it shouldn’t feel heavy either. If I put an 6-8 ounce stock on this particular carbine, it feels like a nose-heavy pig. If I put a 12+ ounce stock on it, it actually feels lighter and more like what you would expect a carbine with these components to weigh. In fact, I tested that and three different people thought the rifle was lighter when paired with the heavier stock. 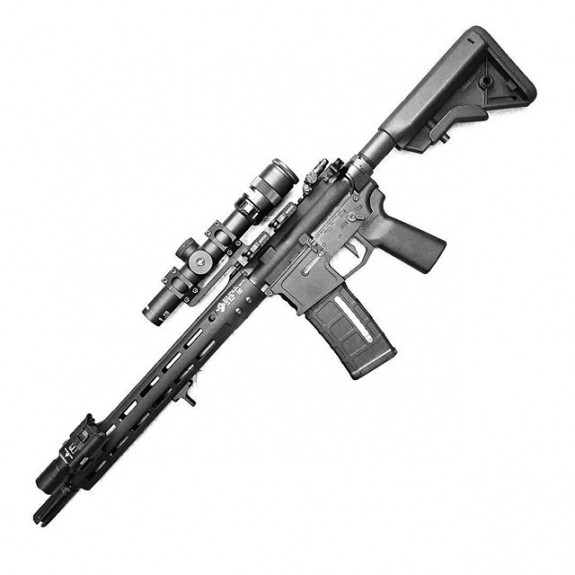 The B5 SOPMOD Bravo Stock is excellent but it is too light for this particular AR.

Balance isn’t that much of an issue until it becomes an issue. How do you know when it is an issue? Well, the only metric I have found is to balance the rifle on your finger with your hand in a knife hand position. If it balances in front of magazine well or at the leading edge, it is likely to feel heavier than it actually is. If it balances on the front half of the magwell, it will feel fairly neutral. If it balances on the rear of the magwell, you have one heck of a heavy stock and this sort of rear bias is less of an issue (for me at least). In the case of the rifle mentioned above, those 4 ounces added to the butt stock were enough to move the balance point from in front of the mag well to the leading third of the magwell.

The stock is probably the easiest place to remove weight from your rifle but it is also the most likely to negatively effect the the balance if it is not done as part of an overall lightening effort. If you install a 6 ounce stock as your only lightening effort, you are almost certainly going to end up with a carbine that feels heavier when shouldered. The best place to remove weight in terms of perception is from the front end of the rifle. Think lighter barrel profiles, shorter barrels, and lighter hand guards. These may not be the easiest parts to replace on the gun but they will yield the best results when trying to lighten a rifle. 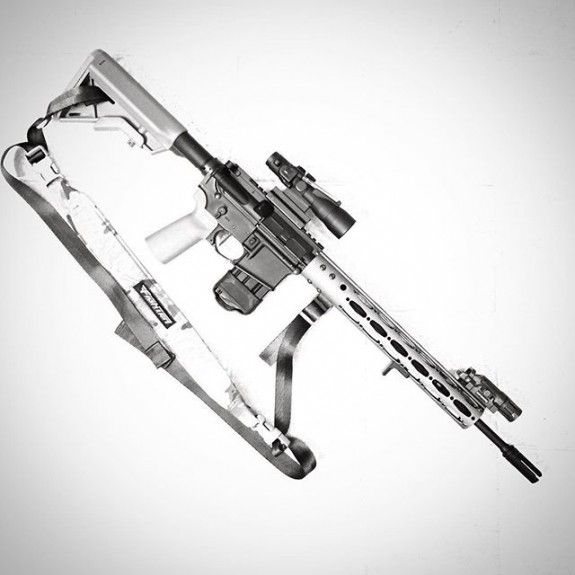