November is already over and you know that means… Gunstruction just released the November 2015 User’s Choice Build. If are unfamiliar with the concept, this is a build using the most popular virtual AR-15 parts from each category at Gunstruction. They are able to keep track of which parts are used most frequently and then combine them into a single virtual rifle.

There are a few interesting things to note in this build. First, EOTech makes an appearance in spite of their very public issues over the last few months. Second, a Magpul grip in some form has graced every single one of these user’s choice builds. 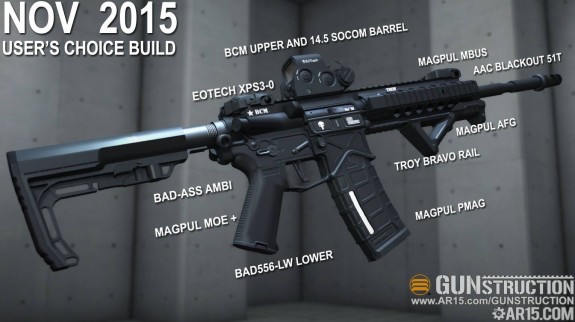