Blue Force Gear just released the new Horizontal Ten-Speed Pouch that they have already been showing at trade shows. This pouch is a lot like their well known and excellent Ten Speed Triple M4 Mag Pouch in materials and appearance except, as the name implies, it holds the magazines horizontally. This turns the entire pouch 90 degrees from what you are used to. 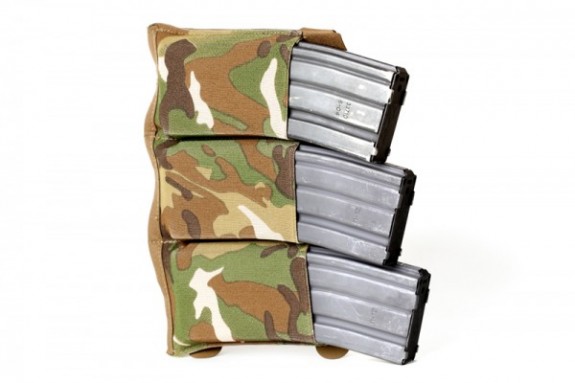 BFG states that this has two key advantages. First, it speeds reloads since the magazines have to travel less distance and they will have to be turned/twisted less by the user to reach the final orientation necessary to insert the magazine into the mag well. Second, it frees up space on your plate carrier – two full columns in fact on a typical plate carrier plate pocket. That means you have space for a small GP pouch, a compact IFAK, or even a traditional mag pouch with flap retention.

I have had hands on this pouch for a few weeks already and it works quite well. You just mount it on a plate carrier with it open to your support side. The mags are now oriented so you can easily establish a “beer can” grip and move right to the mag well of your rifle. The most notable downside that I have found is that it makes it a bit tougher to access magazines with your strong side but it is still VERY doable and still fast.

I am not sure any other company and their materials could pull this off. Kydex or a nylon/Kydex hybrid would be too bulky to afford the space savings. Nylon alone wouldn’t have the necessary retention. Blue Force Gear’s Ten-Speed pouches hold magazines tenaciously thanks to the mil-spec elastic construction. Their design and materials make this work. The mags aren’t coming out unless you want them to. 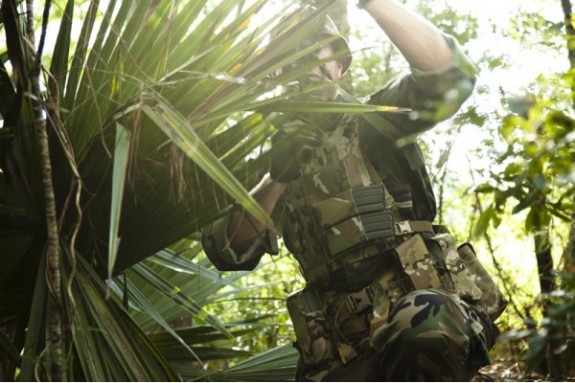 The Horizontal Ten-Speed Pouch works best on a plate carrier that lacks a cummerbund flap but it is flat and flexible enough to work on plate carriers that have them.

A pouch like this is different. It will likely be met with skepticism but I have spent enough time with it to be very intrigued. It opens up some interest possibilities.

Check out the Horizontal Ten-Speed Pouch at Blue Force Gear.