You’ve dropped big bucks on a killer tripod set up for your precision rifle and now you are ready to head into the field except you have to figure out how to carry the darn thing. You could lash it to your pack but it wouldn’t be very accessible. You could carry it in your hands but you already have enough gear to carry. Maybe its time to look at the Tripod Sling from Armageddon Gear. 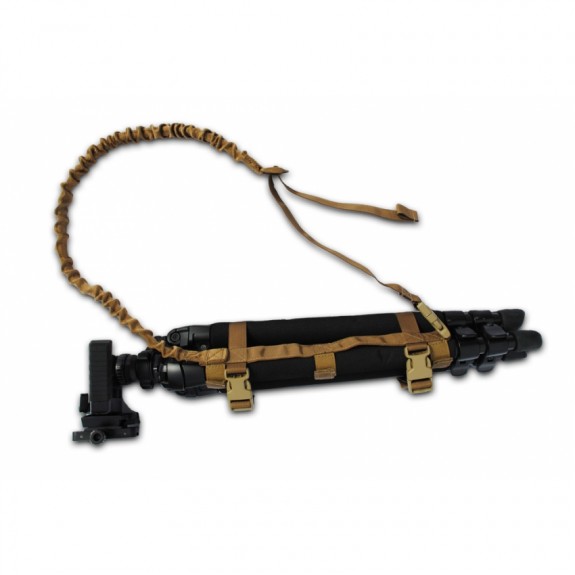 Armageddon Gear’s Tripod Sling is pretty darn slick. It may look like it has a lot of straps but it is very simple to install and use. It consists of a bungee shoulder sling, 3 fixed straps and 2 adjustable straps with side release buckles. The sling lets you comfortably carry the tripod in the field. The fixed straps attach to one of your tripod legs and the adjustable straps wrap around all three of your tripod legs when they are folded. This strap set up ensures that the tripod stays folded when you are mobile, allows you to quickly deploy the tripod by release the two buckles, and keeps the sling attached to the tripod at all times so packing it back up again is just as easy as deploying it.

Check out the Tripod Sling at Armageddon Gear. 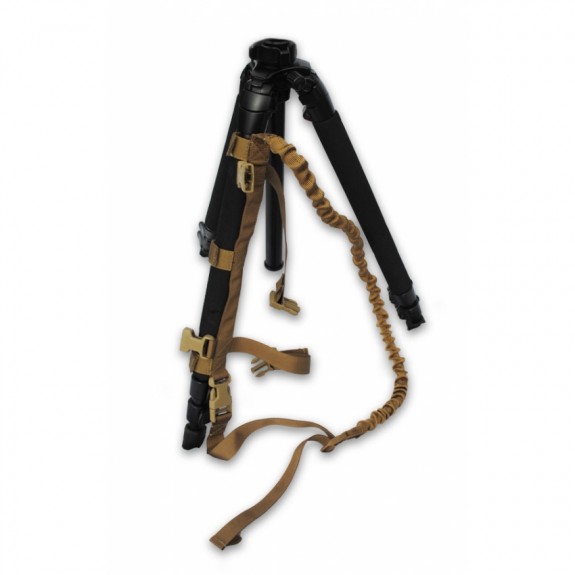