I have been using an Armageddon Gear Precision Rifle Sling for almost a year now on my precision AR-15s. It has served me well and served me well in the field conditions in which I generally shoot. The sling is pretty simple but a little bit of instruction will give you even more ideas for how to use it which is why Armageddon Gear created an instructional video for the sling (below).

I do most of my shooting in the woods on a pretty rustic range. That means that a lot of standard shooting positions may not work because of tall grasses/shrubs or uneven terrain. I often end up in a kneeling or sitting position to get off the ground a bit and being able to sling up quickly and easily is a real boon for these positions. I also use a bipod/tripod/shooting sticks with a cradle attached to get above the grass and using the sling as described for barricades in the video really helps stabilize that position.

If you are a hunter, you are probably realizing that those conditions sound pretty familiar. This sling is for more than precision rifle competition. It would be right at home on a hunting rifle. 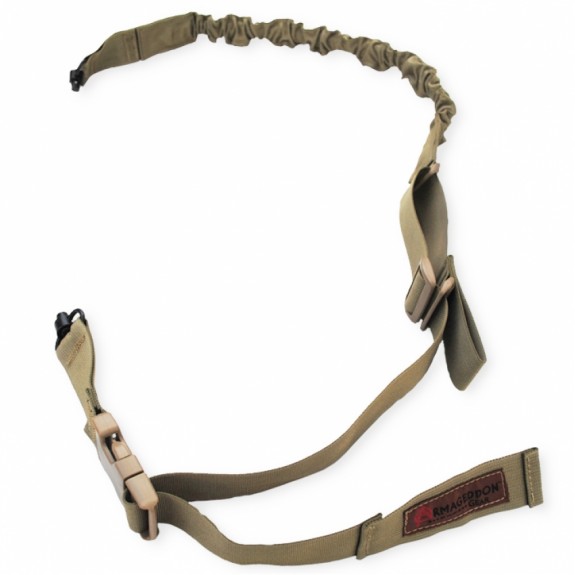