RMA Armament’s new SRT (Special Rifle Threat) Hard Armor Plates weigh just 2.05 pounds each and are rated IIIA+ (stand-alone). The single curve, 10×12″, shooters-cut plates are made from UHMWPE material which is why they are so light in weight.

To put that 2 pound weight in context, I have IIIA+ ceramic plates that weigh more than twice as much at just under 5 pounds each… and those used to be considered pretty light weight plates!

Click HERE and HERE to view PDF information sheets on these plates. 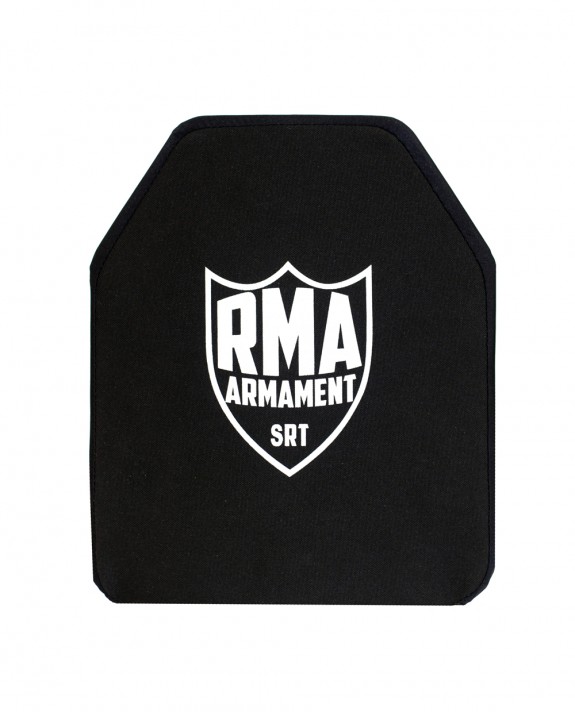 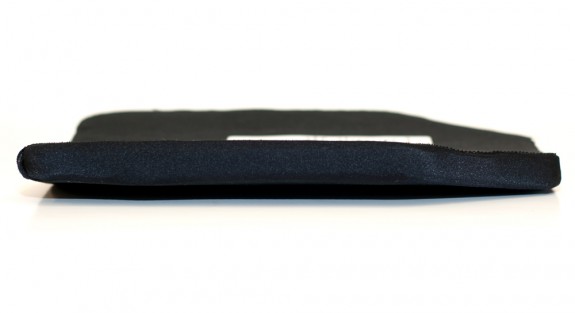 Rock Island, IL – July 21, 2015 – In the midst of a breakout year RMA Armament, Inc., is proud to announce the Special Rifle Threat (SRT) stand-alone hard armor plate, its latest armor solution. Rated at IIIa+ according to the National Institute of Justice’s 0101.06 standard, this SRT plate was manufactured to bridge the gap in ballistic standard, weight requirement and price point between its IIIa hard and soft armor and level III rifle plate counterparts.

Most impressive is that this SRT plate – comprised of UHMWPE material – can stand up to a ballistic beating of the aforementioned nature while weighing just 2.05lbs, which is just a fraction of the weight typically needed to defeat such high velocity rounds.

“We are extremely pleased with the development of this incredibly lightweight, yet world-class, life-saving armor,” CEO Blake Waldrop comments. “RMA was initially tasked by a foreign government to produce this armor product. And after the outstanding reception it received upon its design, and outstanding test results, we immediately knew that this was a product we needed to bring to the masses.

ABOUT RMA
Located in Rock Island, Illinois, RMA Armament, Inc., was founded by former U.S. Marine and police officer Blake Waldrop in October of 2011. After the tragic loss of a Marine friend, Waldrop fully understood the need for truly reliable life-saving body armor. Since its founding, RMA has been focused on the R&D and manufacturing of body armor to bring to the men and women of the US Department of Defense, state and local law enforcement agencies as well as foreign military. RMA uses only the highest quality materials in its armor products to ensure that the men and women who protect this great nation are protected against any potential threat imaginable.