Shortly after I began driving, my best friend and I would make a weekly (sometimes more often) pilgrimage to a local, hole-in-the-wall gun shop. It was way, way, way out on back roads in an outbuilding that was erected next to the store owner’s home. We went back again and again to see what was new, what found its way to the used rack, and to pick up ammo for our next range trip. The owner remembered us by name after our second or third trip and always treated us well in spite of the fact that we were kids with no money and likely a major pain in his rear.

We developed a real friendship with him and some of the regulars over time. He would even let us use his tools for gunsmithing projects, help customers from behind the counter, empty freshly delivered pallets full of reloading components (which was actually fun back then), eat the jerky sticks that he made everyone but us pay for, and even let us take a beer or two from the Kegerator in the back (when we were finally of drinking age, of course). Eventually, we were no longer kids with no money… We were young adults with jobs which came with cash flow (though limited) and there was no question as to where we would spend our newly acquired wealth. 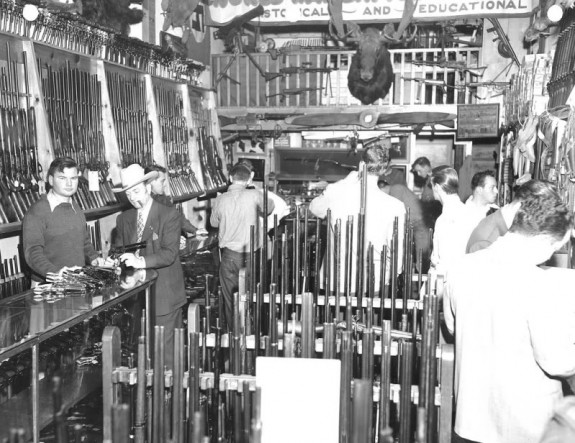 I have long since moved out of the area where all this took place but much of what I learned in that gun shop is still with me. I have heard from friends in the area that it is closed now which means that other young men who could benefit from hearing the wisdom of old timers around the counter, some good-natured hazing, and a little bit of work unloading pallets will miss out.

Owning a brick and mortar gun store is hard these days. Smaller shops often just can’t compete with the pricing offered at online retailers. The smarter shops have adjusted by performing FFL transfers so that they can get a piece of all those internet gun sales. Even then, it can be hard to keep the doors open when your margins are tight and your volume is low. Small gun shops all across the country are closing.

I suspect many of you have had experiences similar to mine. You probably remember a gun shop that absolutely captivated you as a young man. Maybe you even owe part of who you are to those old timers like I do. Unfortunately, I suspect many of you also know that the gun shop you are remembering as you read this has closed its doors. You probably know of several others who have come and gone too.

Well, I think that stinks and I am tired of seeing it happen.

My closest gun store, Wrenco Arms, has a new owner and I dropped by a week ago during their grand re-opening to check out the store for the first time. It would probably be considered small for some but it had reasonable prices and a good selection of guns and gear. I was greeted with a smile, a look in the eye, and a friendly hello. It was a great first impression and so I went back yesterday with money in hand to purchase a WASR-10 (to be henceforth known as the Heinous WASRBeast). 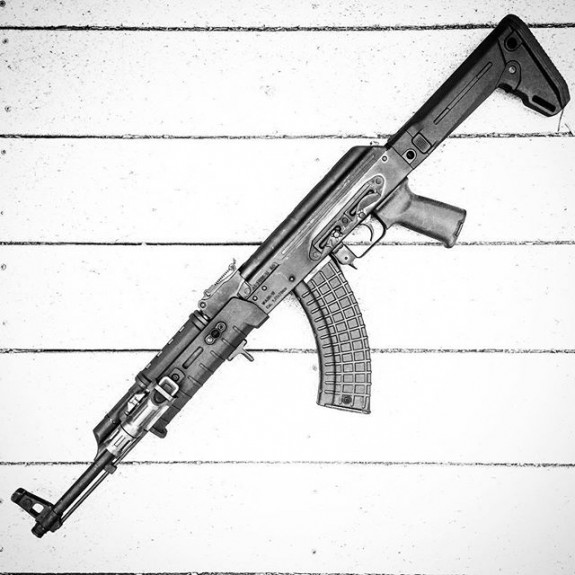 I spent time talking with some of the customers and the new owner. He stated that things had been slow and I shared with him that others I know “in the industry” have stated the same thing. That probably isn’t any consolation when you are the one paying the electric bill but I meant it as an encouragement. I marveled at the fact that he had not one, but two Glock 43s on the shelf at decent prices which probably indicates that it has indeed been slow.

We did the deal, shook hands, and I said I would be back for a few FFL transfers and who knows what else in the future. I hope to drop in often because it seems to be a great gun store and I am glad to have it around. I could have paid less for a WASR-10 online but we agreed on a price that worked for both of us. I got to hang out in his shop, have a nice time, look the gun over in person, and take it home right away. That is worth something to me.

Most shooters would say they are glad to have a gun store in their town but I wonder if many are actually doing anything to keep them there. If you want that gun store to be there next month, you have to help pay their rent this month. It is true that, in most cases, the local shop won’t be able to compete with online prices but they may be able to get close enough that being able to look the gun over in person and shake a man’s hand after the deal makes it worth a little extra money.

If you like your local gun shop and want to see it stick around, you better start voting with your wallet. Go buy a gun. If you can’t buy a gun, buy some cleaning or reloading supplies. Heck, go buy a single PMAG. Just go buy something that you might otherwise have bought online. While you are there, shake the owners hand and introduce yourself.

7 Responses to Go Buy Something from a Local Gun Shop!