I have written about GWACS Armory CAV-15 Lower Receivers before. They are the only polymer AR-15 lowers that I have personally vetted over several years and a few thousand rounds. I own two of them and trust them in large part because they are designed around the strengths and weaknesses of polymer rather than just a normal lower rendered in plastic instead of aluminum. Are they for everyone and every purpose? Maybe not. Do they work as intended and take a massive amount of abuse? You bet. I believe they are very under-appreciated.

InRange TV (who you really should be watching regularly for their unique blend of firearm reviews, history, culture, and consistently solid content) posted a test a while ago that I shared on the JTT Facebook Page that showed them running over, shooting, and generally abusing a GWACS Armory CAV-15 Lower.

KE Arms recently sent me some press that shows what happened to that poor, abused CAV-15 Lower. You might think it was retired to trade show booth wall-hanger status or the dust bin. Not quite. Karl, one of the hosts of InRange TV is still using it. In fact, he is using quite effectively. The lower was recently used in conjunction with a KE Arms upper to win Trooper Division at the Independence Day Action Rifle Match and place 6/76 over all.

The upper/lower combo has affectionately been named Icarus which is very fitting. It certainly looks like it has been flying a bit too close to the sun. Both KE Arms and GWACS Armory are understandably proud of Karl’s accomplishment and their gear. 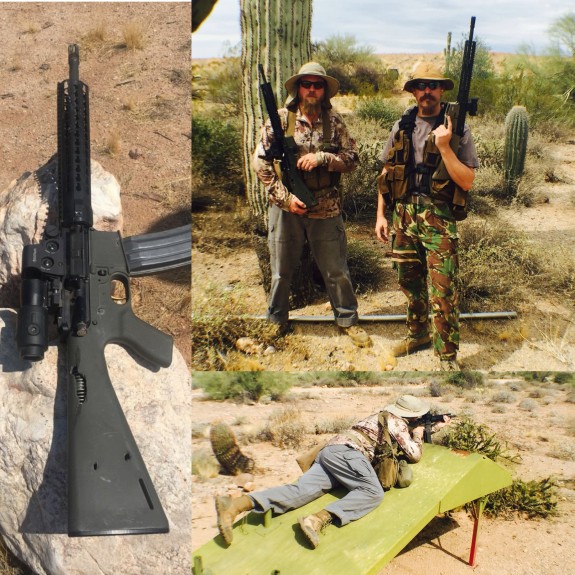