Osage County Guns is reporting via their Facebook page and blog that they have been informed by Sig Sauer that the SB15 Stabilizing Brace will only be available in kit form soon. The kit will include the SB15, buffer tube, buffer, recoil spring, and locking nut and the MSRP will $239-$249. It should be noted that Osage County Guns is one of the most prolific retailers of these braces.

Sig is the only game in town when it comes to these braces but there are already other devices out there lining up to compete with the SB15. This seems like it could be a very unpopular move, especially since Sig’s current buffer tube is light years behind those offered by KAK, MI, Exos Defense, Phase 5, and others. I own two SB15s and probably wouldn’t have purchased them if it meant I had to pay for a bunch of other stuff (everything but the SB15 itself) that I won’t use.

I guess I will be surprised if, when the dust settles, the SB15 is actually discontinued as a stand-alone product but you never know. 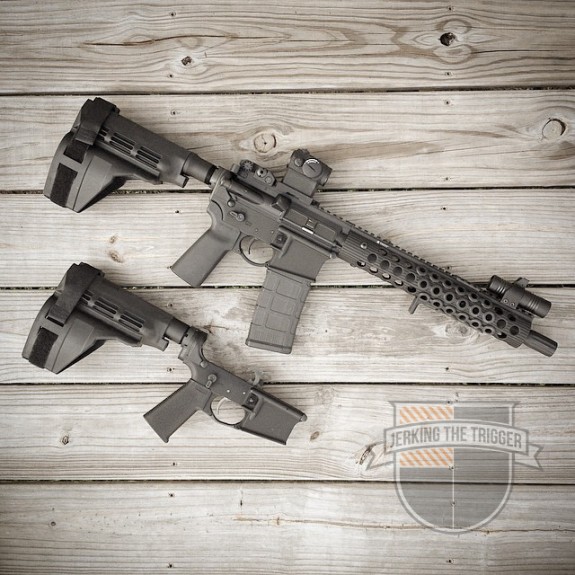 Update: I have been told by a few friends of JTT (and esteemed commenters below) that the kit will ship with a Phase 5 buffer tube. That is good news given that Phase 5 has a well proven track record with AR pistols. As good as their buffer tubes are, I will still miss being able to purchase the SB15 separately and choosing my own buffer tube and other components.

10 Responses to SIG SB15 Stabilizing Brace to be Available in Kit Form Only?