You likely know of SAR Global Tool but you may not know the folks behind the company. Spencer Reiter started the company but recently he has had the help of Scott Chamberlain. Scott is the subject of this post. He is currently here in the United States on a visa and wants to pursue legally staying in this wonderful country of ours. It turns out that pursuing citizenship can be a convoluted process (surprise!) when you go it alone and it gets quite expensive when immigration lawyers are involved. 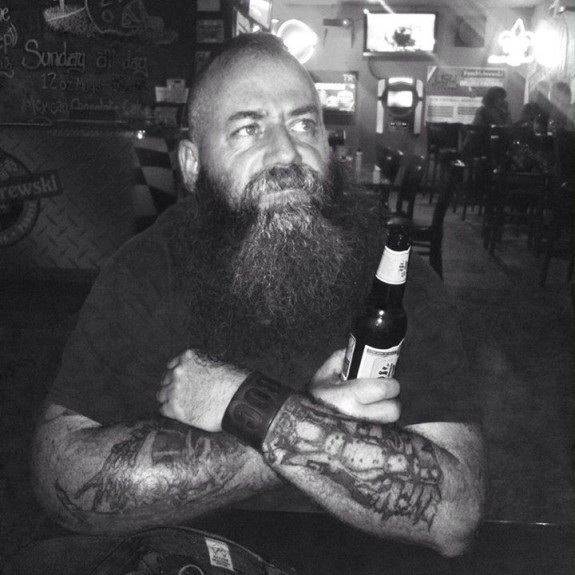 Scott may be from Australia but he is more American than most politicians. This is man who wants to work and pay taxes. He makes things with his hands, has a killer beard, and served his country in the Australian Royal Navy. I guess what I am saying is, he’ll fit right in. These are his words:

To clarify my reasons for coming here and doing it the right way, legal, and why I’ve asked for assistance in doing so. Sadly my country doesn’t exist as it once did, it’s become a haven for crime where the lawless are permitted to flourish, free men and women are treated worse than the criminals.

It’s a police state where crime is controlled not extinguished as it once was, encouraged, where acts of crime by many different cultures are big business, big enough to be a money maker for police and government. Where the federal government favors illegal immigration over legal migration, favors illegals in general, worse of all over returned military vets many of whom are discarded once they have done what the govt sent them to do. The general disregard and favor Australia has for it’s hard working citizens over folks that don’t pay tax and all they do is continue to demand more benefits more handouts and refuse to work, it is a communists paradise.

I’ve been told to go home, but my home no longer remains, I am a stranger in my land of birth, one best way to describe it is try telling a Rhodesian to go home,,,, ain’t gonna happen. All I want to do is work hard pay tax, support my American brothers and sisters and my children back in Oz.

The hard long road to being here legally isn’t free or easy, support is essential, raising awareness not only for me but others that are following me, Americans and Aussies have always stood side by side shoulder to shoulder, another reason for me to be here, I’d rather go down fighting alongside my American brothers and sisters than to be robbed of the remaining threads of freedom that slip away in Australia, thank you for your time, hope all had a great Thanksgiving, God bless America, good night.

Friends of Scott from all over the knife, gun, and gear industries have banded together to help offset the costs of his pursuit of citizenship. They have donated a total of about $15,ooo worth of prizes for an epic giveaway. The prizes include things like a decked out chest rig from HSGI, a private AK builder course with Jim Fuller of Rifle Dynamics, a private knife building course with Spencer of SAR Global Tool, a custom holster from GunfightersINC, custom knives from SAR Global Tool and Artificum Solis, a medical kit from CLEER Medical, and much more. In fact, giveaway donations are still rolling in.

Here is what you need to know:

8 Responses to Keep Scott in America