The new upcoming Gentleman’s Kit from Vigilant Gear looks like something that was designed by a committee that consisted of Indiana Jones, MacGyver, and that guy from the Dos Equis commercials. This kit is industrial strength cool.

The Gentleman’s Kit is a custom leather wallet that is designed to hold a number of different E&E tools including various types of lock bypasses like Bogotas, shims, and similar items. It can also be used to hold a credit card pick set or just plain old credit cards. It is made from Horween Chromexcel leather and embossed with the Vigilant Gear logo.

The image below is a prototype so you can probably expect some small changes in the production version. These will be available soon. Check out Vigilant Gear. 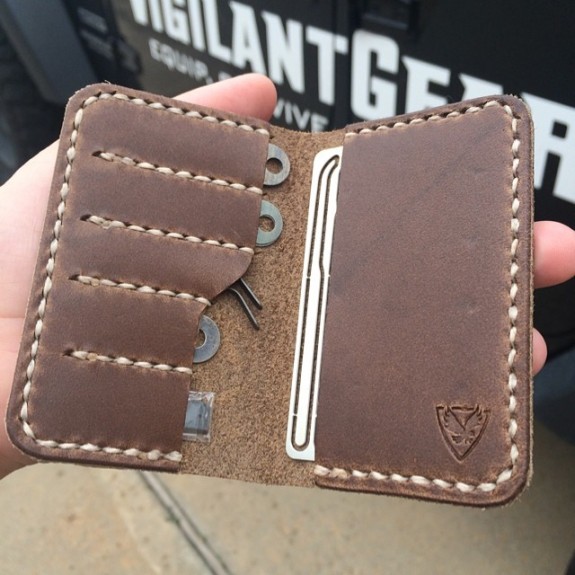