OSOE makes something they call the Vehicle Visor Cover. I call it my mobile workbench. Sure, it works great in the way it was intended which is to be wrapped around your vehicle’s sun visor where it can serve to collect and organize gear that you want readily at hand. However, for the last year I have been using mine as a sort of mobile workbench for the range and I doubt I will ever mount it on a visor again. 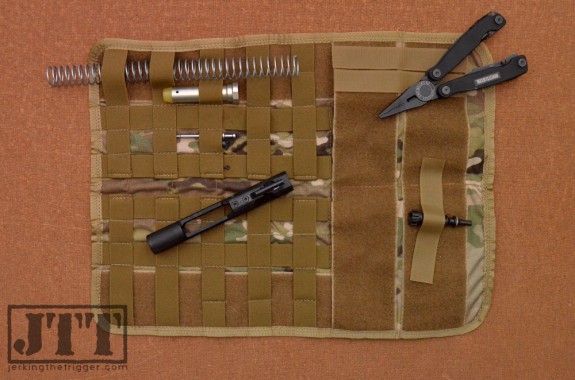 I have a lot of gear pass through my hands to test. This often requires installing, uninstalling, and diagnosing problems right on the range. Whenever it is time to break out the tools and start working on items with small parts, there is the potential for loss of said small parts. The smart shooter will have some sort of solution on hand to mitigate this which is where some sort of portable workbench comes in.

The Vehicle Visor Cover has several features that make it excel as a mobile workbench. Some of these features were obvious to me when I first laid eyes on it and some I have realized through spending time using it in this way.

It can be folded readily and doesn’t take up much space. It’s about the size of a soda can when folded. That is important if you already have a stuffed range bag or if you are just going to try to wedge it into the same case as whatever firearms you happen to be taking to the range. Since there is no set way that it folds, it can be folded or rolled in any way you need to fit the available space.

It has about 14 million elastic loops of varying size on it. These are great for retaining small parts that you don’t want rolling off the rickety old shooting benches that every range in America has. I use them to retain small springs, AR-15 bolts, magazine base plates, tools, or whatever else I don’t want rolling off into the grass never to be seen again. You can also attach MOLLE compatible pouches to the elastic loops so it is easy to add a multitool pouch or other useful tools. 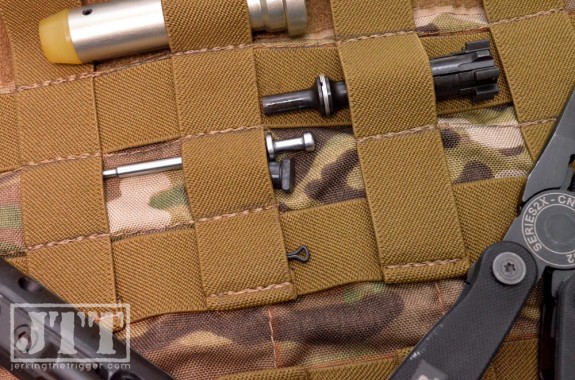 The Vehicle Visor Cover comes with 3 pieces of 1” wide Velcro which are meant to be used to secure the cover to your vehicle’s visor. However, they also work very well for securing gear to the large Velcro field on one side of the panel. These can be used to secure larger objects like multitools. 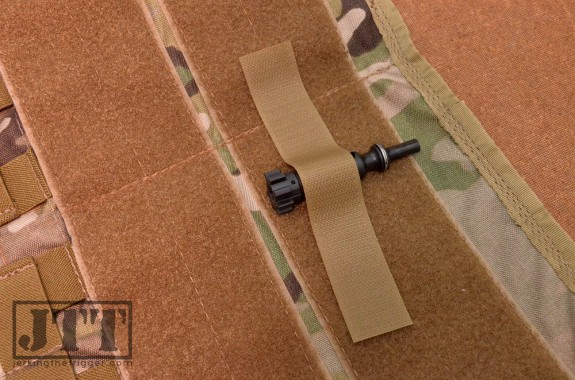 There is also 2 large pockets behind the Velcro field that are good for storing items that you will likely use with the panel like a punch or two, picks, cleaning brushes, or whatever else you might need to fix a problem on the range. Additionally, I like to keep a magnet or two in this pocket so I can stick small metal parts right to the panel. 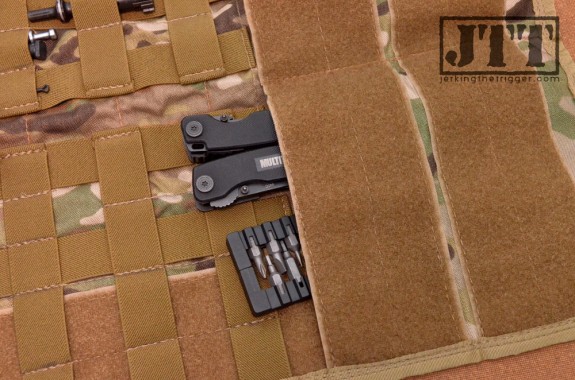 Between the elastic loops, Velcro retainers, and large slip pockets, you’ll never lose a small part on the range again. The Vehicle Visor Cover works so well as mobile workbench, you would think it was designed to be one.