A handful of manufacturers have made 13.7″ AR-15 barrels for several years now. They have been predominantly used with a permanently attached Noveske KX3 Pig Brake to bring the total length to a non-NFA 16.1″ but that configuration never appealed to me due to the weight of the KX3. 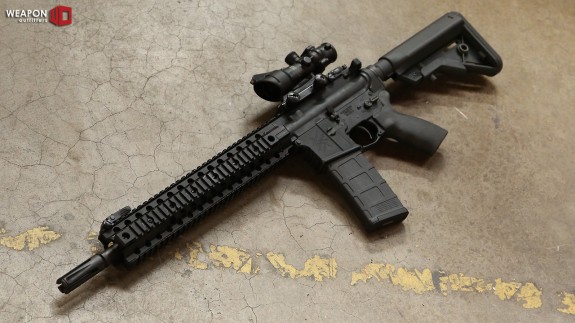 Weapon Outfitters has found that the excellent BE Meyers 249F flash suppressor is long enough to fill the same role as the KX3 but it weighs significantly less and is one of the few flash suppressors out there that can come close to taming the flash on a short barrel. This configuration has a lot of potential for a compact, lightweight AR-15 build.

Weapon Outfitters offers the barrels separately or they can build a custom upper for you.