Ares Armor is currently at odds with the local government of National City, California which is the location of their second store. The dispute centers around a sign on top of the store which the city says must come down. However, Ares Armor contends that the sign has been standing since the 1950’s and that the city has only taken issue with since they used it to advertise their paperwork free, completely legal, 80% lower AR-15 builds. 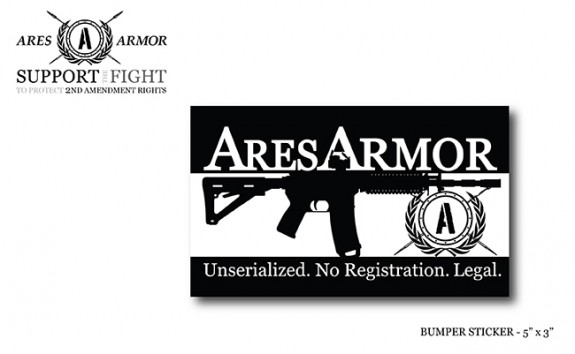 You can read more about the situation at PredatorBDU Blog and Guns.com. The PredatorBDU link includes a video from Nutnfancy, who love him or hate him, visited the National City store first hand and actually appears to have unintentionally uncovered what is suspected by many to be some form of local police surveillance on the store.

Ares Armor is standing their ground against the city via every legal means possible and, as you can imagine, that is costly. Now might be a good time for your to pick up some of the Ares Armor gear that you have wanted for a long time like the Combat XII Pack, Micro Belt, or slick new Derma Plate Carrier. If none of those fit your budget, maybe a t-shirt or bumper sticker is more your speed.

You might also consider contacting the mayor and city council of National City on behalf of Ares Armor.