I have already mentioned Sierra Hotel Manufacturing as a company that you will want to keep your eye on. They will be at SHOT Show showing off their wares but they are also giving sneak peek into their initial product line including the very interesting MuzzleHub and an NP3 coated AR-15 bolt carrier group.

The NP3 treated BCG is especially interesting. I have had decent performance from NiBX treated bolt carrier groups but NP3 coating is less porous than NiBX and, on paper, should perform even better. There is at least one high profile trainer who has been allowing students to put a lot of rounds on an NP3 coated BCG with great results as recently as this summer. 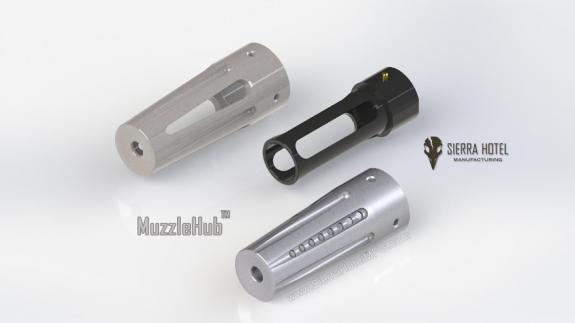 Sierra Hotel Manufacturing, headquartered in Austin TX, is proud to announce they will be revealing several new products at the upcoming NSSF SHOT Show in Las Vegas.

New releases will include a new modular piece called the MuzzleHubTM, a new ambidextrous selector switch like nothing that has been seen before in the firearms market and a billet heat-treated fire control group.

“We have several innovative new firearms accessories ready to roll out,” says newly-minted Sierra Hotel CEO and co-founder Jamie Wehmeyer. “They’ll all be quality and a couple of them are going to provide some options no one has ever had before. For instance we have a two piece design compensator that allows for an optimized expansion chamber that reduces secondary recoil, and a selector switch that is really going to help many shooters.”

One of these is the MuzzleHub, which will take a 14.5” barrel, make it ATF legal and essentially allow a QD option for a number of different muzzle devices. Another is the afore-mentioned ambi selector switch. This short throw selector switch has an adjustable cant from 60 to 90 degrees. That will mean the individual shooter will be able to put the angle of the selector switch to suit his or her own personal ergonomic needs, allowing for an unprecedented level of selector individualization.

“There is a lot in the works,” Wehmeyer continues, “and much of it is ongoing. We probably won’t even know the exact extent of what we can reveal at SHOT Show until SHOT Show! There are two things we’re particularly happy about, both collaborations. One is with Freddie Blish over at Robar, who will be plating our BCGs and trigger groups with NP3 nickel-teflon, the other is with Alan Normandy at BattleComp. We are in talks with him about a joint project for the MuzzleHub now—oh, and we’ve established a strong alliance with some companies you’ll recognize…B5 Systems, for instance, and some others we can’t announce yet.”

Sierra Hotel Manufacturing, though new, has deep roots in the form of its 6-decade old parent company. That company is an ISO9000 Tier One DoD manufacturer with a long tradition of quality production.

For more information or to make an appointment with Sierra Hotel representatives at SHOT Show, go to Sierra Hotel Manufacturing on line at http://www.sierrahotelmfg.com/ 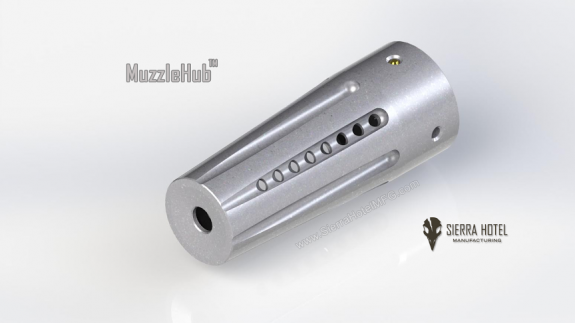 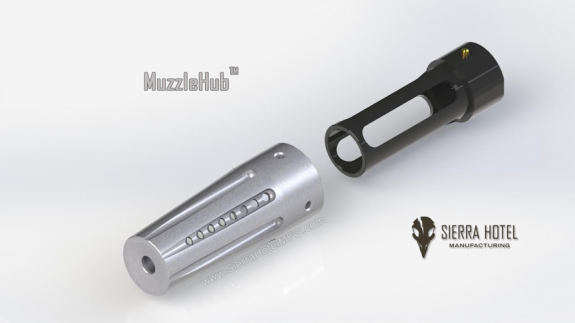