The Satori Tanto from Three Circle Knives harkens back to the traditional Japanese tanto but brings some decidedly modern innovation to the age old design. The Satori Tanto is ground from 440C stainless steel and features a 6.5″ long American tanto shaped blade. The handle is wrapped with paracord in various colors. Each knife is Cerakoted in either satin silver, FDE, or black and comes with a Kydex sheath.

The cord for the handle wrap is retained by the Satori Tanto’s single guard and flared pommel. Both the guard and pommel are actually an integral part of the knife which is machined from a solid billet of steel. Integral designs are not necessarily new but I have never seen them used quite like this to retain a cord wrap.

The Satori Tanto is certainly a handsome knife with its long, graceful curve at the spine combined with the angular American tanto style edge and a design that manages to appear both traditional and modern at the same time. Check out the Satori Tanto at Three Circle Knives. 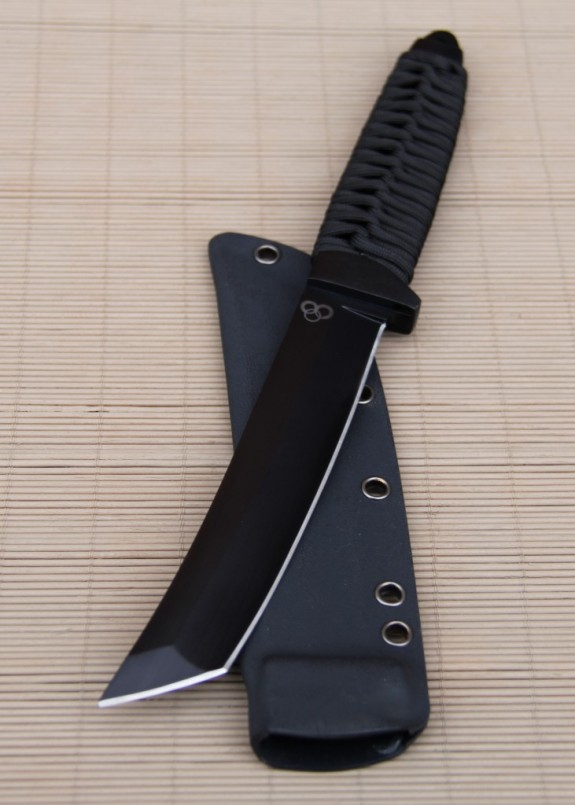