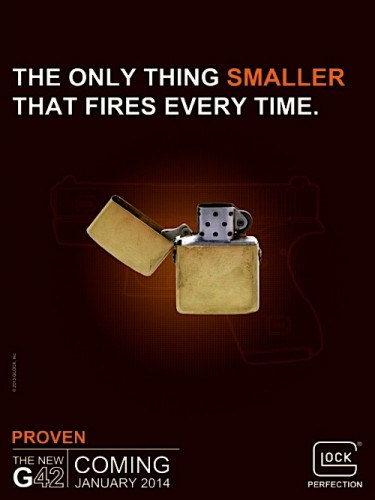 The internet has been abuzz lately with plenty of rumors regarding Glock’s recently posted teaser image (above). The trust-worthy rumblings that I have been able to gather point to the Glock 42 being a compact .380ACP pistol that would be manufactured here in the US since Glock’s current .380 chambered pistol, the G25, is blocked for importation.

I went all CSI on the teaser photo and adjusted the brightness and contrast of the image (below). You can see that the entire outline of a pistol is visible and, if it is to scale with the Zippo lighter shown, it would be roughly the size of other compact, polymer frames .380s on the market like the Ruger LCP and S&W Bodyguard. 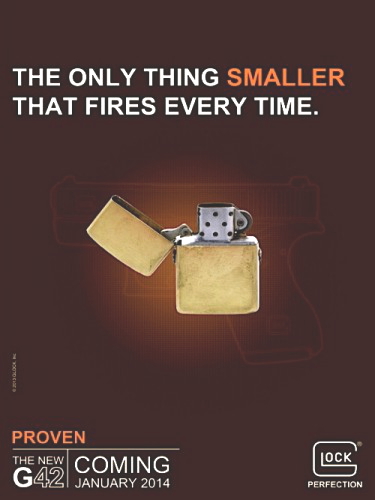 There are also some reliable rumors that a .45ACP chambered “Practical Tactical”, like the G34/35, will be released at the same time. Hopefully that means a 10mm will follow behind. This is likely aimed at the competition market and may carry a markedly higher price tag (expected street price is over $700).