You probably never think of your AR-15’s pivot pin and take-down pin until you are fishing around in your gear looking for some kind of improvised tool to push a stubborn one out so you can access the interior of the receiver for some reason. You may not think much about your pivot and take-down pins but Battle Arms Development does and they set out to make them better. 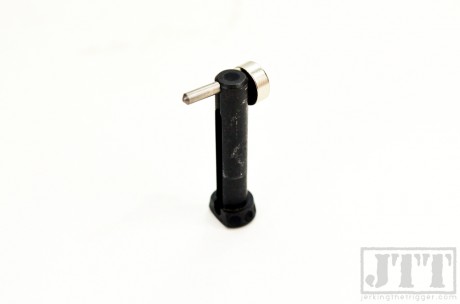 These little buggers are packed with features. The most revolutionary of the features will change the way you assemble lower receivers forever. The EPP (pivot pin) has a small dimple at the end that, when used with the included magnet, holds the detent in place allowing you to simply depress the pivot pin spring and press it into place the receiver with the detent itself. A job that used to be a severe pain in the rear can now be accomplished in a few seconds with one hand. It is like magic. I never want to screw around with a standard pivot pin again.

The rest of the features deal with making the pins easier to use after they are installed. Battle Arms Development added features to the pins to make them easier to press out of the receiver and easier to grasp.

The pins are about .030″ longer than a standard pin. This makes them considerably easier to press out of the receiver and easier to grasp when you have pushed them through. That little .030″ extra length makes a noticeable difference, especially when you push them in as far as the receiver will allow with your finger or a blunt tool because now the heads are sticking out the other side of the receiver .030″ further than they would be with standard pins. 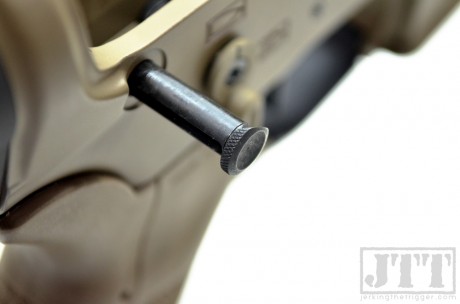 The pins also feature shallow divots on the tips. These divots serve to help “trap” whatever tool you might be using to press the pins out so the tool is less likely to slip off the pin and mar the receiver. I don’t necessarily care about marring the receiver but I like that the divots allow me to use more force without slipping off the pin. Basically, they make using a tool to push the pins a lot easier.

The pin’s heads are both works of functional art. Battle Arms Development has managed to add grip without adding bulk. The heads on these pins are the same size as standard pins. That is a good thing because bulky pins can interfere with the use of an ambidextrous selector. The EPP features small dimples and an undercut shape that improve grip. The ETP has fine checkering around the circumference of the head and an broad, undercut that is strategically located to let you hook your finger tip under the pin head for removal. 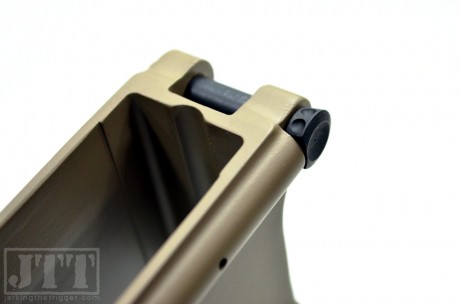 Check out the BAD-EPS at Battle Arms Development.