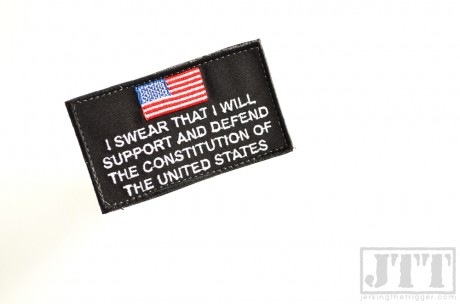 When an immigrant to the United States is naturalized they take the following oath:

The United States Oath of Allegiance encapsulates the responsibilities of every citizen. This patch from Orca Tactical and Texas Black Rifle Company is meant to remind everyone of that.

I purchased mine at OC Tactical.