The development of Earl – Backcountry Survival Tablet continues to move forward and there have been some exciting developments. If you aren’t familiar with Earl, we already covered the generalities of this killer concept in a previous post. 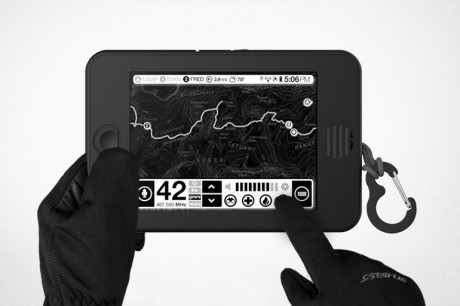 There have been three notable additions to the hardware of the Earl. The developers have tweaked the pressure sensor to better serve hang gliders. I am not part of the glider community, but an improved pressure sensor isn’t a bad thing. They have also redesigned Earl’s RF system to allow it to act as a person locator beacon. The last hardware addition is a dedicated, external antenna port. This is great news and should improve Earl’s radio range.

The developers have also mentioned that this initial release of Earl will be supported with software that is geared toward the camper/hiker/general outdoorsman. In the future, they intend to have offerings geared more to shooters. With all the on board sensors, there is some great potential to develop Earl into a capable ballistic computer.

I will be keeping a close eye on Earl. You can too at MeetEarl.com.