Sometimes it seems that shooters have a pretty small view of what reliability really means especially as it pertains to sighting options. The same could be said for simplicity. Anything that takes batteries is deemed as unreliable/complex or at least less reliable/less simple than something that doesn’t require batteries. I suppose that there was a time when that was true but those days are gone. 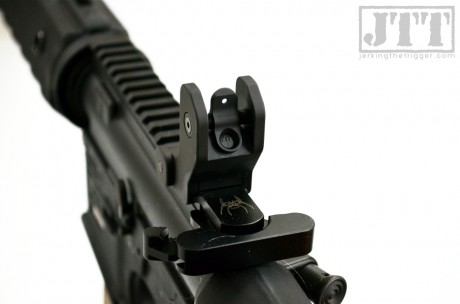 It is true that batteries can fail but the old days of them fading out unexpectedly are long gone. Today’s battery powered optics can have runtimes that are measured in years rather than hours and current lithium battery technology extends the shelf life of the battery to 10 or more years. We have reached the point where it is just plain negligent if your RDS (red dot sight) runs out of battery power.

The concept of reliability as it relates to sighting options should also include a measure of durability. Quality RDSs, like those from Aimpoint, have been shown to be able to take more abuse than at least some fixed iron sights without loss of function. In a recent torture test video created by Daniel Defense, an Aimpoint T1 continued to function with broken glass even after the irons sights on the same carbine where bent out of alignment. This is just one example that was captured on video and it may not be representative of all RDSs and all iron sights but it is relevant. Quality RDSs are basically solid state with few moving parts which allows them to take some serious abuse.

Reliability is about more than just the physical properties of a sighting option. There are functional considerations as well. An RDS will be more usable across a wider variety of lighting and environmental conditions than iron sights. An RDS will be easier to use in low light and many weather conditions. Iron sights do have the advantage of never fogging and I also give them an edge in driving rain. An RDS is also far easier to use should you need to shoot from your non-dominant side. Have you ever tried to switch to your non-dominant eye when using iron sights? It is certainly doable but far easier with an RDS. This is a form of functional reliability. 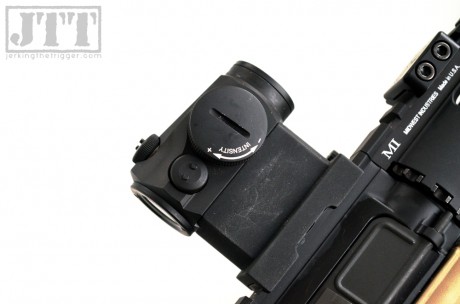 Iron sights are seen as simple and RDSs as complex based on how they are made (mechanical versus electronic). However, simplicity is about more than just how something is made. When it comes to actually using – actually getting your face behind them and lining up a shot – the RDS is far simpler. It allows you to focus on the target while irons sights require you to align objects in three planes (something human eyes don’t do well which is why we focus on the front sight). So, while iron sights might be simpler in form, RDSs are simpler in function by a long shot. Whether you acknowledge it or not, this functional simplicity is the reason why RDSs are a force multiplier.

This was the idea behind my Cult of Kiss article that I still get hate mail about. The intent was never to say that iron sights are bad, or inadequate, or antiquated, or uncool, or whatever. The intent was to show that some of those who hold up the KISS rile movement are misinformed, inexperienced, or deliberately misrepresenting their reasons for using so called KISS carbines. The point in that article (and this one) is that simplicity of function is often neglected even though it trumps, or at least rivals, simplicity of form. 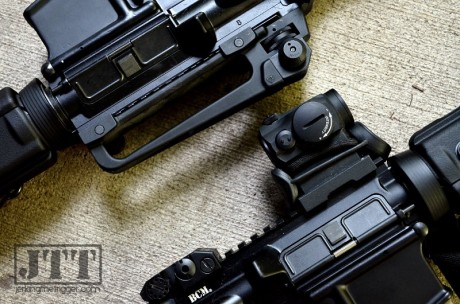 I am not trying to say iron sights are useless. I spent much of 2012 dedicating my training to an iron sight only carbine in order to get up to speed on them and learn techniques that mitigate some of what is mentioned above. A carbine with a white light, a good sling, and iron sights is a formidable weapon in the hands of a formidable man. I view the white light and sling as necessities and a quality RDS as a force multiplier that is highly desirable. But, if I only had iron sights… I would dedicate myself to being as proficient as possible with them. I am just challenging you to expand your ideas of reliability, simplicity, and other concepts that the shooting community holds as sacred without really questioning.

I think a very good argument could be made that a quality RDS, like the Aimpoint T1, is simpler and more reliable than iron sights when you take a broader view of the two terms. Remember, the concepts of reliability and simplicity apply to how a tool functions just as much as its form. Think about it.

Feel free to tell me how wrong I am in the comments below!