I think Unity Tactical must have a Q Branch because the recent in house rifle project they took on, with help from Ruta Locura, is some straight up James Bond stuff. 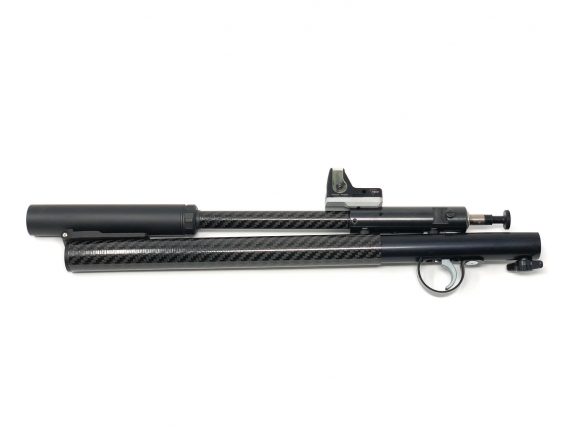 They created one of the slickest and lightest weigh pack rifles you will ever see. They started with a Crickett youth rifle which they SBRed. Then they installed a Ruta Locura pack rifle stock and a custom, cut down carbon fiber wrapped barrel (also from Ruta Locura). Unity Tactical made a custom mount for a Trijicon RMR, cut down the bolt handle, and made a custom ammo holder. They also installed a suppressor and made a few modifications so the rifle would stow as shown in the image above.

The end result is an amazing little pack rifle that weighs just 1.5 pounds as shown (and with 36 rounds of .22LR on board)!