SureFeed Magazines (Okay Industries) currently offers two different finishes on their magazines: the standard Mil-Spec dry film lube grey and their resilient Tactical Black PTFE. That is about to change because, soon, there will be a third option – a durable tan finish.

The new tan magazines are already in production and currently waiting on packaging. They should be available from dealers around the end of this month or the first week in May. Stay tuned for additional details. 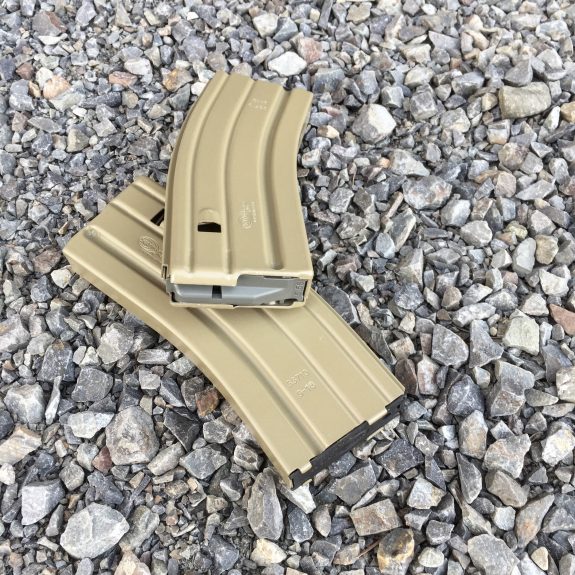 Okay Industries has long been a producer of what are widely considered the best USGI aluminum AR-15/M4/M16 magazines – an opinion that I share. It has been my experience that not all aluminum magazines are equal. I have had issues with nearly every brand of aluminum mags on the commercial market. I own several of Okay Industries’ magazines, produced under the Colt and NHMTG brands, that have been my most consistent and longest lasting magazines. 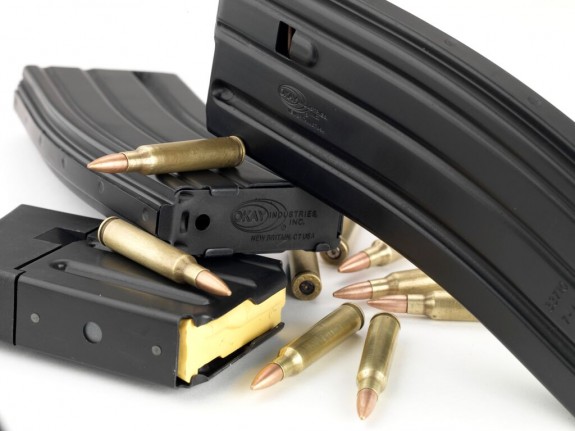 SureFeed’s magazine bodies and base plates are made from aluminum that has been heat treated and hard anodized. They are available with either a dry film lube finish or SureFeed’s PTFE Black finish. The self-lubricating, four way, anti-tilt follower is backed up with a stainless steel spring.

Every magazine is tested – every single one. Okay Industries tests things like weld integrity, feed lip tolerance, and fit to name a few. Tests like those would have caught many of the problem magazines that I have received from other companies over the years but, obviously, not everyone tests to this level.

Okay Industries entry into the commercial market is very, very good news for shooters. Check out the SureFeed Magazines website and Facebook Page.