You may remember the Beacon Box from when I first mentioned it in April. At the time, it was called the Beacon Outdoor Survival Box and it was being crowd funded on Kickstarter. It was already funded to 50 percent but people where asking about additional charging capabilities and making it even more rugged, so the decision was made to cease crowd funding and improve the product. 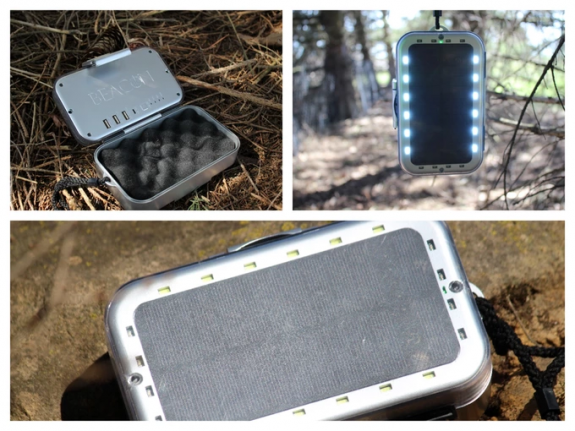 The USB charging receptacles (3) are located inside the storage compartment so you can actually store a mobile device inside The Beacon to protect it from the elements and charge it at the same time. If you have to charge multiple devices, you can open The Beacon and use all 3 ports simultaneously. The Beacon’s 10,000 mAh lithium ion battery can also be wall charged and the entire “power puck” portion can be removed from the box for separate use or cleaning.

The integrated LEDs gives you the choice of white flood light or SOS flashing modes. There is also an amber colored LED flood light option for situations where you may not want to overload your dark adjusted eyes.

Often, these widgets that try to combine a ton of features end up being monstrosities that are larger and heavier than just carry the items separately. The Beacon actually appears to combine the functionality of several items into a package that actually makes it an attractive alternative to the items it replaces.

Now, with the reintroduction of the Beacon Box crows funding effort on Indigogo, there are some notable additions to its capabilities. Beacon Box can now charge QI capable phones inside the case without wires! The battery capacity has been increased to 15000 mAh which is a 50% increase. It also has a larger, more durable latch and hinge.

Check out the Beacon Box on Indiegogo. 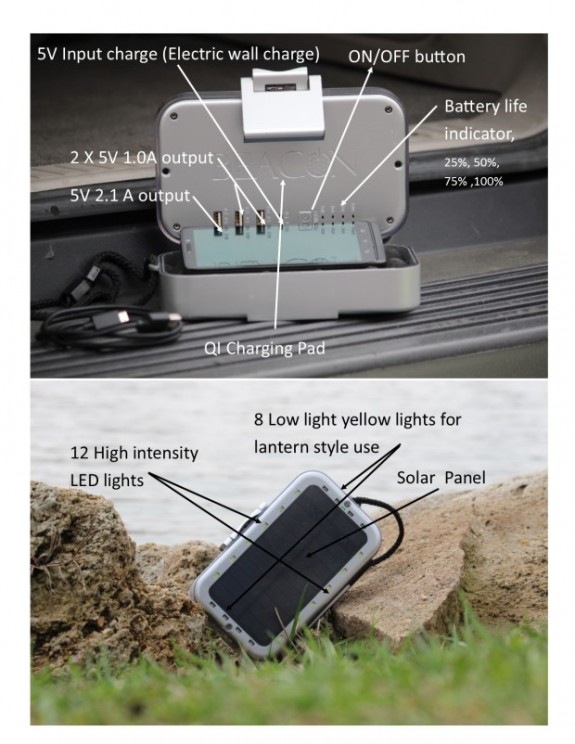