CDM Gear just released details of the third safety in their patented Wave series of safeties. The original Delta Wave safety was their largest offering, followed by the BT Wave which is slightly more compact than the Delta Wave. The new SL Wave is their slimmest, most compact Wave safety yet. 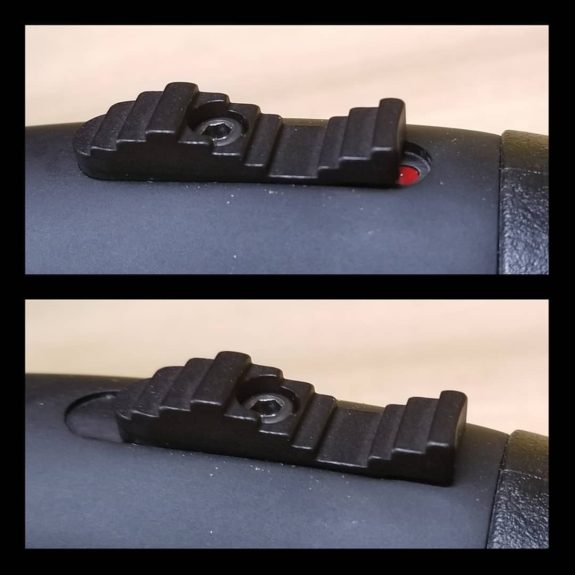 Previous Wave safeties extended to the sides and back toward the grip area in order to make it easier for the shooter to reach the safety without shifting their firing grip. The new SL Wave has a similar width to the OEM safety but extends back. The result is a compact safety that can still be reached without shifting the firing grip.