October 9, 2017 (Redmond, WA) – B.E. Meyers & Co., Inc. is proud to announce the release of a new variant of the MAWL series of weapon aiming lasers and illuminators: the MAWL-CLAD (Covert Laser Aiming Device). 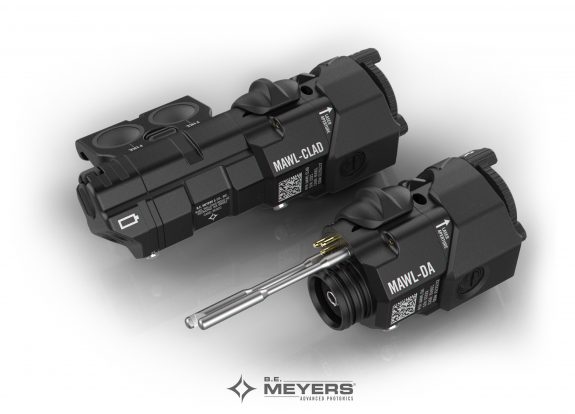 The MAWL-CLAD distinguishes itself from other MAWL variants through the inclusion of a Short-wave Infrared (SWIR) laser pointer. This laser is undetectable by most common Near Infrared (NIR) night vision systems and other visual augmentation sensors, but is compatible with a variety of SWIR systems (i.e. E-COSI) currently in use with Special Operations Forces.

The MAWL-CLAD retains the NIR wavelength diodes present in other MAWL models to provide both marking and illumination for its primary “IR” function mode. This NIR system is visible with most common night vision systems and provides users with an effective aiming, illumination, and signaling solution for almost any low-light/no-light scenario. With the MAWL-CLAD, users can now seamlessly transition between a full suite of NIR aiming and illumination modes and a SWIR laser pointer for aiming or signaling when necessary, making it compatible with all current night vision systems.

The MAWL-CLAD is part of a greater MAWL (Modular Aiming Weapon Laser) system that allows operators to shoot, move and communicate effectively. Its modular head includes a SWIR option (made possible through replacement of the standard green visible laser pointer found on the MAWL-DA and MAWL-C1+) that can be used interchangeably with any existing MAWL platform. This swap can be done while leaving the main housing attached to the weapon rail.  Like the visible green laser on other MAWL models, the SWIR pointer on the MAWL-CLAD is coaligned with the NIR pointer, allowing it to be zeroed without a SWIR sensor.

“The MAWL-CLAD allows us to take advantage of the modular design aspects of the MAWL system, and lets the end-user adjust between pre-boresighted, capability specific laser modules, as needed for special mission sets” said Matt Meyers, President of B.E. Meyers & Co. Inc.  “With the increased number of SWIR sensors being fielded to Special Operations Forces, the MAWL-CLAD lets the operator choose between SWIR and NIR capability on the move, and also allows them to revert back to the VIS and NIR capability in a matter of seconds by switching to the MAWL-DA Head without detaching the main body of the laser, or losing zero.” 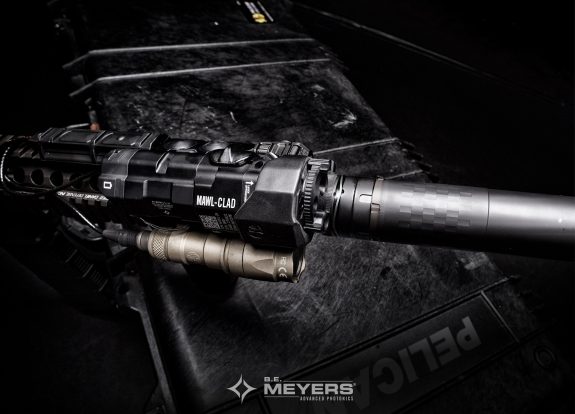 The MAWL-CLAD is the third variant in the MAWL family of weapon laser systems. For more information about the MAWL-DA, MAWL-C1+, and MAWL-CLAD, including product demonstrations and purchasing options, please contact the B.E. Meyers & Co. team at sales@bemeyers.com.