Tyrant CNC’s upcoming hand stop hasn’t exactly been a secret. They have been mentioning it’s impending release along side the development of their HALO Series Foregrip but now we finally get to lay eyes on it – or at least some in the white prototypes of it. 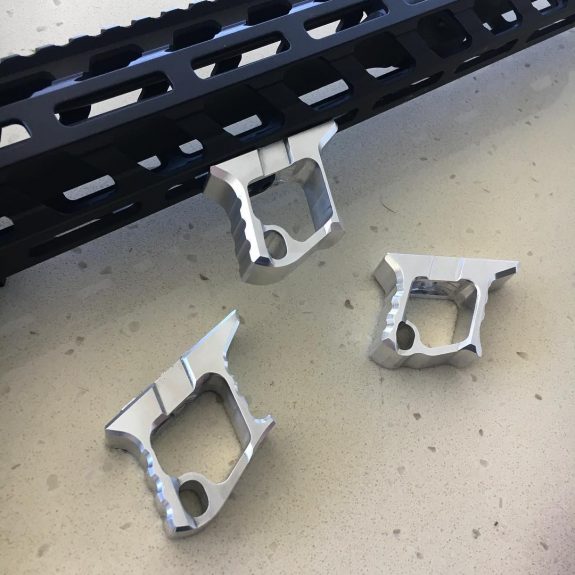 The new hand stop appears to take its design cues from the HALO Series Foregrip. It has the same angle and radically skeletonized design. The image shows three different versions that are being tested. It is shown attached to an M-LOK rail and, assuming it is like the HALO Foregrip, it will also be KeyMod compatible.