TOPS Knives rolled out several new products at SHOT Show and the Hammer Hawk was likely the most talked about. The details of the full-tang tomahawk were mostly ironed out at the time of the show but TOPS did state that they were still working on the sheath for both the tomahawk its companion knife. 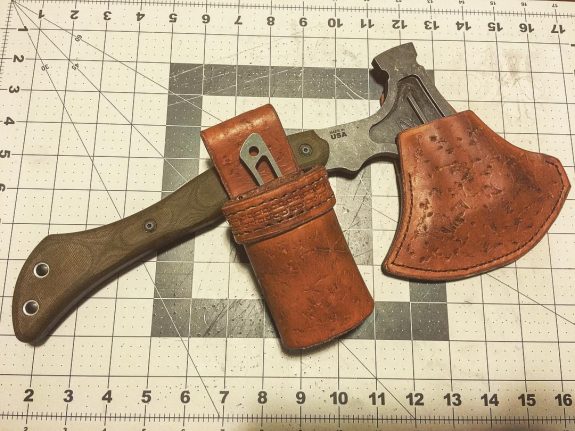 Now we have this sneak peek of the prototype sheath set up. Details are likely to change on the production version but this gives us a sold idea of what we can look forward to. It looks like TOPS will have a belt sheath for the companion knife and a bit cover that still allows the user access to the Hammer Hawk’s hammer poll when installed.

TOPS also tells us that the Hammer Hawk is likely not going to make it retail until sometime the last half of 2017 (Q3 or Q4).