There is a genius walking the halls at Keystone Sporting Arms. They knew that if they took one of their popular Crickett youth rifles and dressed it up with a precision rifle chassis, we would all run to the gun store with cash in hand… for our kids, not ourselves… I mean, sure, we will shoot it once in a while… but mostly for the kids. 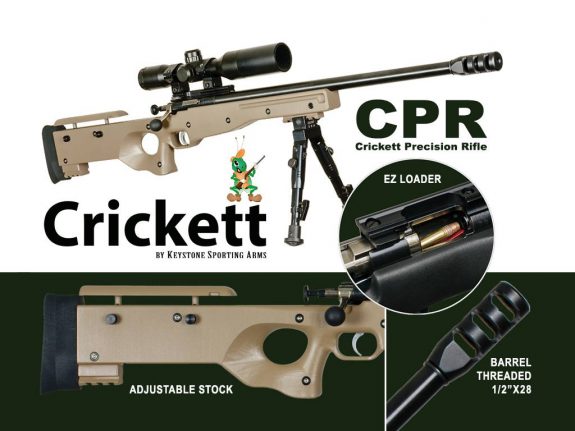 The upcoming CPR or Crickett Precision Rifle is based on the existing bull barrel model of the Crickett rifle. It sports a precision rifle chassis style stock with comb adjustment along with fore and aft rails for bipod and monopod mounting. The barrel is also threaded which will make protecting your kiddo’s hearing easier with the addition of a suppressor.

Honestly, the features don’t matter on this rifle. It has accomplished its mission of looking cool which is very important in a youth rifle. I can imagine that every dad that shoots precision rifle will want one of these for their kid and every kid whose dad shoots precision rifles will want one to be like him. That is priceless… but the CPR will set you back just over $300 though actual gun store prices may be lower.