There are a lot of really great people in this industry and I am blessed to be able to interact with a lot of them. I am especially thankful for JTT’s advertising partners – not just because they help keep the lights on – but because of the top notch customer service, quality gear, and the  long standing relationships that they represent. In nearly every case, I was just a customer and user of their gear before they began advertising on JTT.

This is a post that I have been meaning to write for a long time but a recent email from a reader spurred me to do it now.

I’ve been a regular reader of your site for quite a while and have found many useful tips there.  I’m currently in the process of putting an older, rarely used AR on a serious diet and after much investigation of alternatives decided to just buy a new barreled action.  After reading your comments about lightweight, general purpose rifles, I began doing a lot of research and finally selected a Sionics OEM lightweight upper and BCG.  I placed the order over the weekend to take advantage of the holiday discount and added a couple special requests in the comments section of the order.

Steve from Sionics called me Tuesday morning, said my requests were clear, straightforward and easily handled.  He then asked what more they could do more for me!  I want to use a different hand guard system and muzzle device that they don’t sell.  Steve recommended that I send those items to them.  They’d install everything and return the proprietary barrel nut wrench and left over parts with the URG.  He even recommended a few tools that he’d found helpful building and maintaining their rifles.  Most companies cite reasons why special requests can’t be done, aren’t advised or why the products aren’t as good as theirs, but not Sionics.  They were interested in helping me achieve my objective.  They couldn’t have been more helpful, nicer guys to deal with.  —  Unfortunately, they’re in the middle of building products for a major LEO PO, so they’ve suspended work on retail orders temporarily.  I respect and fully support that.  They gave me a rough timeframe for completing my order, which was reasonable and consistent with information on their web site, and encouraged me to send them the components soon so my order isn’t delayed.

We get emails like this all the time and I am not surprised. There is a reason we choose to partner with theses businesses. In the case of Sionics Weapon Systems, I was a customer long before they advertised with us. I had one of their original medium contour barrels (back when it was the only barrel they offered) that I originally purchased for a build that was to have an Aimpoint mounted on it. That barrel was so accurate that I ended up moving it to a different build with a magnified optic to take advantage its accuracy. 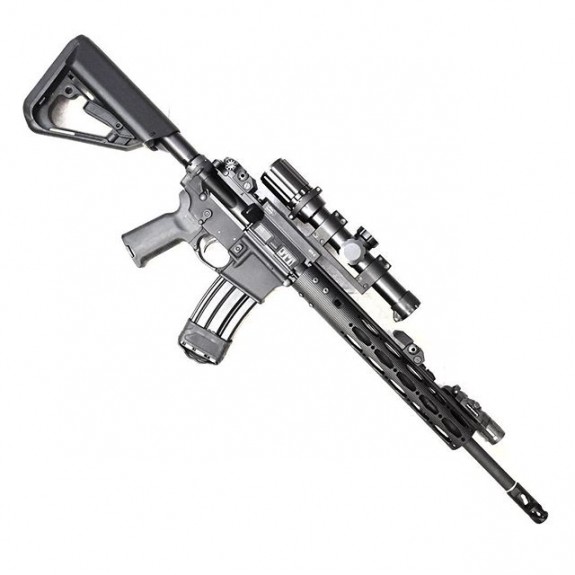 I owned at least 6 Vickers Slings, a DAP Pack, and more before Blue Force Gear partnered with JTT. I still prefer their slings and own at least 12 of them along with a plethora of other gear. They have been one of our longest standing partners and I feel very fortunate for that.

Before Low-Pro Products had their own line of mounts, they made mounts under the Danger Close Consulting moniker. I was a customer all the way back then with their excellent handstop and flashlight mounts.

White Sound Defense’s HRED solved the ejection problems I was having with a Glock 17 Gen 3 RTF2 back when Glock was transitioning to the Gen 4 frames and seemingly none of the guns were ejecting properly. I shared my experience with the HRED here on JTT and WSD came on board as an advertising partner. 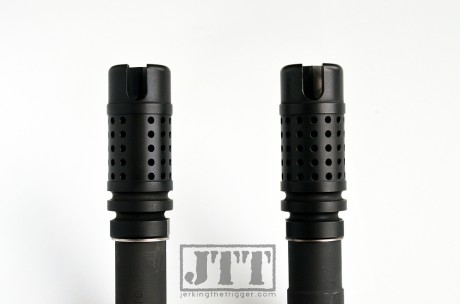 I used Griffin Armament muzzle devices before they partnered with JTT. There were several TOPS Knives in my collection before they came on board. My Sordin hearing protection was wrapped in an OC Tactical pad before they joined us. I owned a handful of Battle Arms Development BAD-ASS selectors before they became partners.

The companies that you see over on the side bar when you visit Jerking the Trigger aren’t just advertisers. They are businesses that we can feel confident recommending because, in many cases, we were customers of their long before they were partners. So, if you want to support JTT, the best thing you can do is support them. 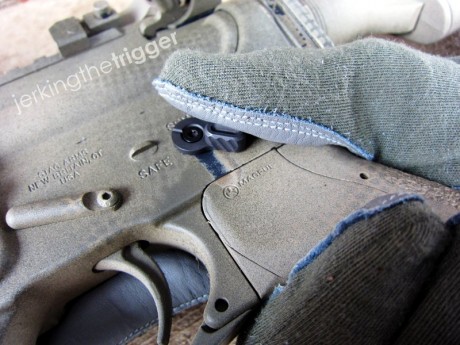