If you were to look at my AR-15s, you would see some common traits across most of them – like Battle Arms Development selectors. I’ve never really worried about the weight of them since ambidextrous safeties are intrinsically heavier than single-side safeties but it is nice to know that there is a lighter version of the BAD-ASS. 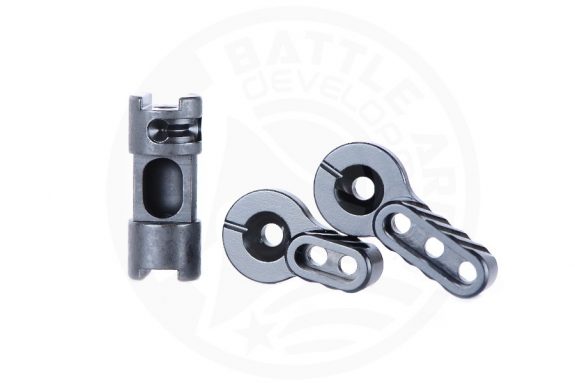 The BAD-ASS-LW (or Battle Arms Development – Ambidextrous Safety Selector – Light Weight) appears nearly identical to the original BAD-ASS but those looks conceal two weight reducing features. The first is that, unlike the original, the BAD-ASS-LW features aluminum levers instead of steel. Second, the steel core and aluminum levers have been subtly skeletonized to reduce weight. The result is a BAD-ASS that performs like you expect but weighs only .42 oz.