Rifle Dynamics‘ custom front end treatment, with its shortened barrel and gas block/front sight combo, is a signature of many of their AKs. The front end treatment was first realized on 5 prototype rifles built on numbers matching Romanian kits with Bulgarian triangle side folding stocks. The front end on these rifles featured the first 5 Venom gas blocks produced and an earlier, long flash suppressor.

Rifle Dynamics (RD) sold 3 of the 5 prototypes initially and the other 2 were kept by Jim Fuller and a business partner. Later, while RD was still growing, Jim had to sell his to pay bills which left him without one of these original pieces of RD history.

Fortunately, the story doesn’t end there. One of those original AKs (pictured below) has now returned home to RD where hopefully it will live out the rest of its service life greased and well fed. The prodigal AK has returned. 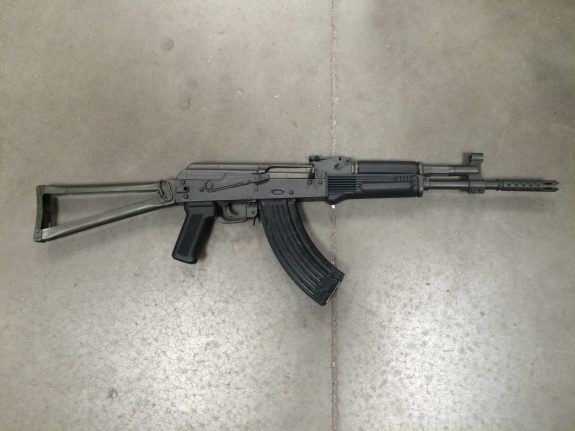 Pictured: One of the first 5 AKs with RD’s custom front end ever produced.