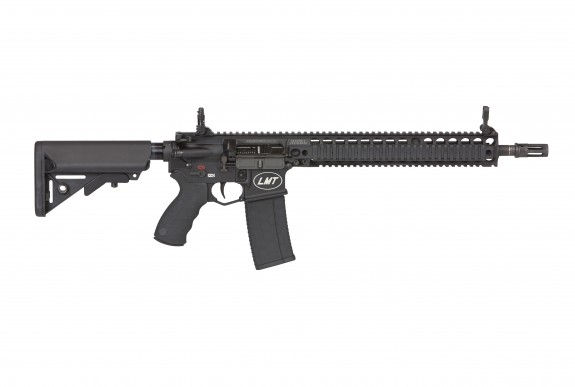 MILAN, ILLINOIS – January 18, 2016 – LMT Defense is excited to announce they are releasing the Modular Ambidextrous Rifle System – Light (MARS-L), the most modern ambidextrous M4 ever.  The MARS-L platform was designed in response to a foreign military requirement to field a fully ambidextrous weapon system with complete symmetry and commonality of controls so that users could manipulate the weapon from either side in the same fashion.  This weapon now proudly serves the New Zealand Defence Force.  The MARS-L can first been seen at the 2016 NSSF SHOT Show in booth #20249 and is expected to start shipping at the end of the first quarter of 2016.

The weapon is fully ambidextrous with LMT Defense designed and manufactured: Ambi-Safety Selector Switch; Ambi-Magazine Release Button; Ambi-Bolt Catch/Release Paddle; and Ambi-Charging Handle. All have been tested and vetted by both military and law enforcement agencies.  The ambidextrous features allow an operator to perform more operations from either hand including catching the bolt with the right index finger so as not to remove the hand from the grip.  To achieve this, the new lower forging design includes the bumps for the Ambi-Bolt Catch/Release Paddle, Ambi- Magazine Release Button and Fence Well. The lower forging also includes a flared magazine well that assists the operator in locating the magazine during insertion.

The modular weapon design is available in Semi-Auto (LS) or Select Fire (LA) models with 14.5”, 16”, 18” and 20” barrel options and can be fitted with the CQB® upper to accommodate a 10.5” barrel. The weapon also includes eight QD locations – five on the front rail, one in the end plate of the lower receiver and two on the stock. The weapon is “lightweight” in that it is designed for smaller rifle calibers: 5.56mm, .300 Blackout, .204Ruger, and 6.8 SPCI.

Finally, the MARS-L utilizes LMT Defense’s monolithic upper receiver to ensure the straightest and strongest rail in the industry. The one piece aluminum forging also allows for the longest barrel extension in the industry which contributes to the greatest weapon accuracy on a production scale.