Blue Force Gear has released the fifth sling in the limited AK Sling series designed in collaboration with Larry Vickers. The Vickers AK Sling Version 5 is a bit of a departure from previous slings in that it is patterned after East German AK slings and it serves as a showcase for the new ULoop. 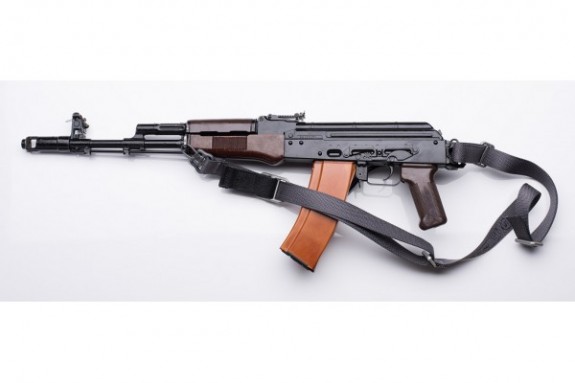 Previous versions of this sling had more of a Russian color-scheme. The new Version 5 has a gray webbing, a black leather pull tab, and custom silver nylon hardware that gives it the look of an East German sling. The rear sling attachment is a simple tri-glide set up that allows the user to attach the sling to typical sling loop while the front sling attachment point is something completely new. 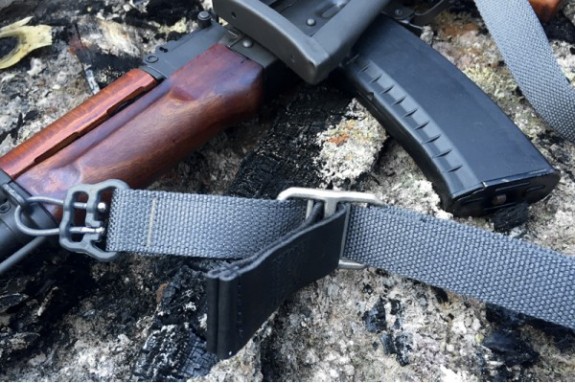 This is our first look at Blue Force Gear’s new ULoop which serves as the front attachment point on the Vickers AK Sling Version 5. The ULoop is an outgrowth of Blue Force Gear’s excellent UWL. The UWL has a fixed attachment loop but the new ULoop’s loop can be opened so that the coated steel cable may be fed into fixed sling loops or other small spaces. I expect these will be used to solve all sorts of sling mounting problems just like the UWL.

Check out the new Vickers AK Sling Version 5 at Blue Force Gear. By now, you should know the drill. These don’t last long so act fast.