A friend of mine has had less than stellar luck trying to get a pair of aggressive feet for his Harris bipod. Most sets were either too expensive to consider or unavailable. One company even took his order, charged him, and never delivered. Only after too much time and a threat of a credit card charge back did they return his money. Fortunately, we recently came across Tactical Supply’s Bipod Talons and they seem to have created a solid product that they can actually ship. 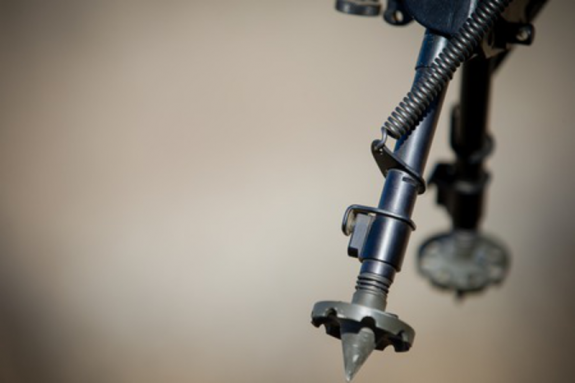 The Bipod Talons have a design that should make them well suited to grip a variety surfaces, allowing you do load the bipod more aggressively. The large central spike bites into harder surfaces and the crenellated skirt gives stability in softer materials like sand and dirt. They are machined from 6061-T6 aluminum and are available in a variety of colors for both Harris and Atlas bipods.