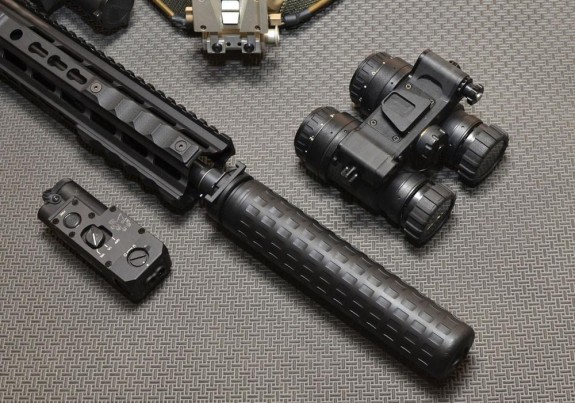 The 30SD’s tube chassis is machined from 17-4 stainless steel bar stock. The blast chamber and front mount support at integral. The tube has patent pending fluted which increases surface area for cooling and adds rigidity for durability at a lower weight penalty. The front cap has been redesigned to suppress flash. 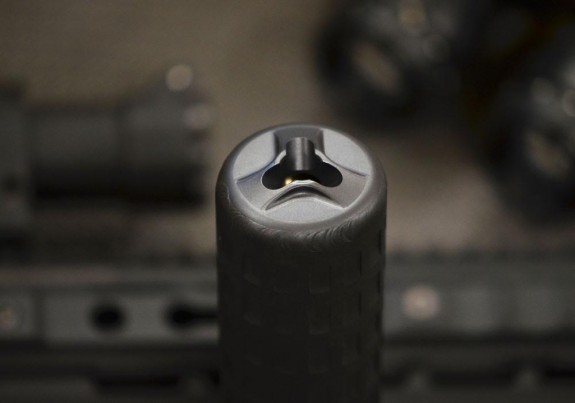 On the interior, the 30SD features a patent pending, high efficiency baffle system that has improved performance across all calibers. According to Griffin Armament: “The 30SD (Mod 2) retained its excellent 7.62mm sound reduction, but dropped ~4DB’s in 300BLK, and 5DB’s on 5.56mm firearms. The 30SD offers a 5.56mm 132DB sound reduction.” 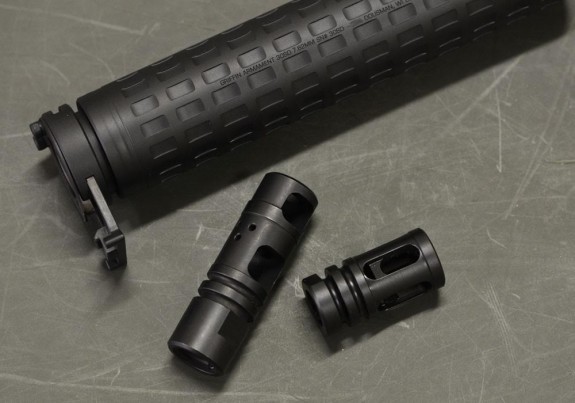 Griffin Armament’s SD-QD mounting system allows the 30SD to be mounted on A2 flash suppressors as well as their own full line of M4SD muzzle devices. The SD-QD mount uses a unique locking gate rather than metal on metal ratcheting action. This makes mounting the 30SD very quick and prevents metal on metal wear. The tolerances on the 30SD and M4SD mounts are tightly controlled to allow for minimal and repeatable zero shift.  A 30SD Muzzle Brake mount is included with every 30SD Suppressor.

Check out the new 30SD at Griffin Armament.