Shooters have been using bean bags as barrier rests for years. Some even go so far as to bungee cord the bag to the fore end of their rifle or their bipod so that the bag moves quickly and easily with the rile. The BT53 SILO seeks to downsize the concept into something compact enough that can be mounted to the rifle full time. 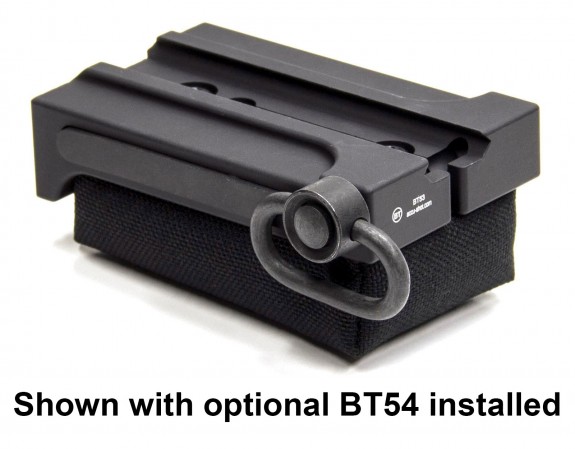 The BT53 SILO mounts to any standard Picatinny rail. The lower portion of the SILO features a compact bean bag that serves to absorb some of the shake out of barriers that aren’t perfectly stable. The front of the device is textured to serve as a barricade stop so that the rifle can be loaded into the barricade. The sides of the SILO feature rubber pads for bracing against vertical barricades and QD sling swivel sockets.

The SILO may not be for everyone but it could be useful for both competition and some forms of hunting where soft barricades are frequently encountered.