Magpul announced two new products today: M-LOK Shotgun Forends for the Remington 870 and Mossberg 500/590 and an all new M-LOK AFG.

Magpul introduced M-LOK compatible forends for both the Remington 870 and Mossberg 500 series shotguns. Their shotgun furniture is, in my opinion, already the best you can buy. The addition of the M-LOK attachment system is just the icing on the cake. It is now easier than ever to add accessories like slings and lights to your shotgun forend.

Before the introduction of Magpul’s shotgun forends, there weren’t many shotgun lights that could truly give the integrated units a run for their money. I have found that using a Magpul forend with the pistol light of your choice or Inforce WML solves many of the issues (bulk, exposed wires from tape switches, placing the switch where it can always be operated regardless of forend position, etc.) associated with shotgun mounted lights. 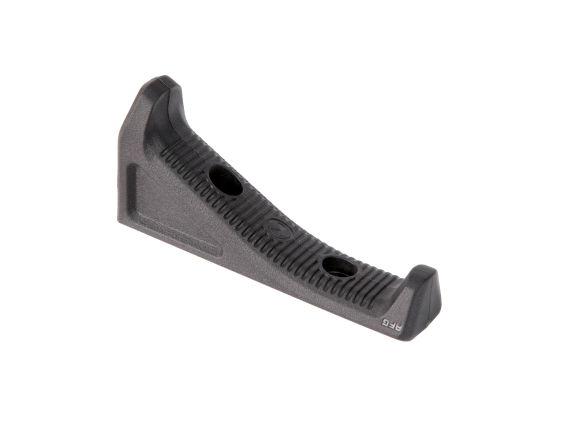 Several of you were unsatisfied when Magpul introduced M-LOK rail sections intended to be used with the rail mounted AFG. It seemed counter-intuitive to go through the trouble of creating a standardized direct-connect system and then use a separate rail to attach accessories. Magpul heard your cries. Here is what they have to say about the new M-LOK AFG:

The M-LOK AFG is an M-LOK compatible update of the original Magpul AFG & AFG2, the original products that changed the way shooters think about forend grips.  A new radiused curve grip area allows greater freedom in placement of the M-LOK AFG on the hand guard while still maintaining correct wrist angles and ergonomics. A streamlined, minimalist design molded of our reinforced polymer material creates a one-piece, high strength grip that weighs a mere 1.2 ounces including hardware.  The M-LOK AFG is ¾” shorter than the AFG2 while maintaining a similar gripping surface area for a smaller mounting footprint on hand guards with just as much room for the shooter’s hand.  The forward finger index, similar to the original AFG, provides additional options in gripping and hand placement, while a contoured rear surface allows placing the M-LOK AFG directly in front of an M-LOK MVG for a combination that provides even more versatility.

Look closely at that last picture of the M-LOK AFG. Notice anything? Magpul seems to have dropped a little Easter Egg on us! It looks like you can expect MBUS Pro Offset sights soon.