V7 Weapon Systems has turned their attention to a new rifle – the FN SCAR. Their new V7 SCAR Selector Levers come as a set with a long and short lever.You would typically install the short lever on your non-dominant side so that it reduces the likelihood of interfering with your dominant side trigger finger.

They are machined from 7075-T6 aluminum and hard anodized. There are fairly aggressive steps machined into the sides of the levers to ensure positive grip and, unsurprisingly if you are familiar with V7, excess material has been machined away to keep the levers as light as possible. 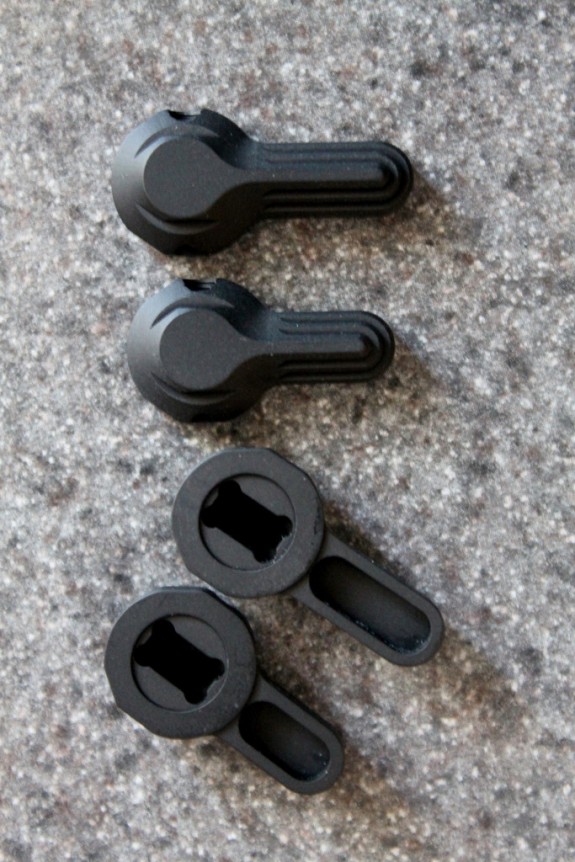