When Dave at Fight and Flight Tactical announced the new Back TASK on his Facebook Page, he said “The Back T.A.S.K. reaches around so your buddy doesn’t have to…” I just… I don’t even… What? 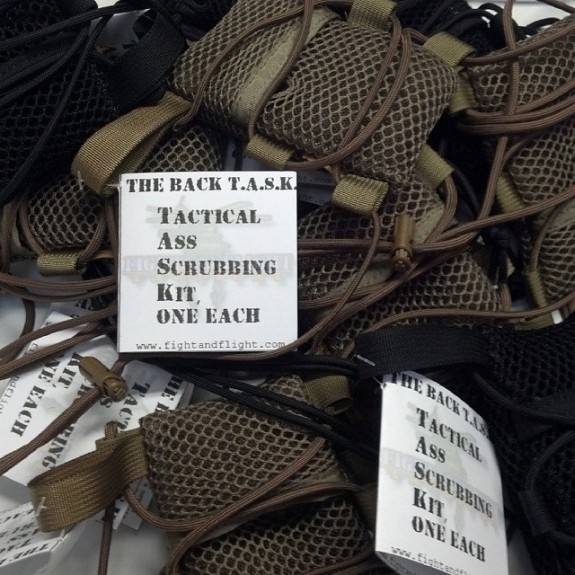 Seriously though, double entendre aside, the Back TASK is just like the regular TASK but with the addition of paracord loops that make it easier to scrub your own back. Basically, it is a pouch made from spacer mesh that is sized to fit a typical bar of soap and it has loops that let you wrap it around your back to scrub. It might even fit your froo-froo organic lavender honey goat’s milk soap but if you use that kind you are probably more interested in the original TASK (see the first paragraph).

I suppose you could also use the paracord to swing your Back TASK around like a flail which could revolutionize the “blanket party.”

Check out the Back TASK at Fight an Flight Tactical.