I am not much of a gamer but I have followed the development of the iOS/Android game Breach & Clear with great interest on Lightfighter.net. I purchased the game for iOS and I have been having a blast working my way through it. 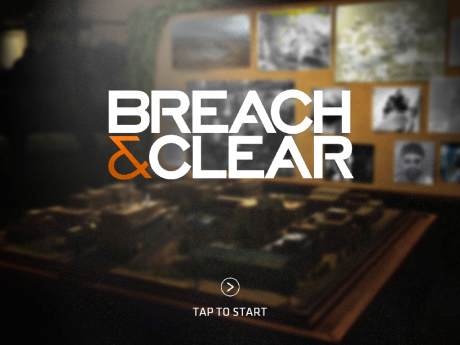 Breach & Clear (B&C) is a turn based strategy game that puts you in control of a special operations unit as they breach and clear locations around the world. B&C currently features 2 different types of game play: Terrorist Hunt and Bomb Defusal. Terrorist Hunt consists of straight forward structure clearing while Bomb Defusal also has you clearing structures with the added dimension of having to locate and defuse a bomb. There are additional modes in the works. 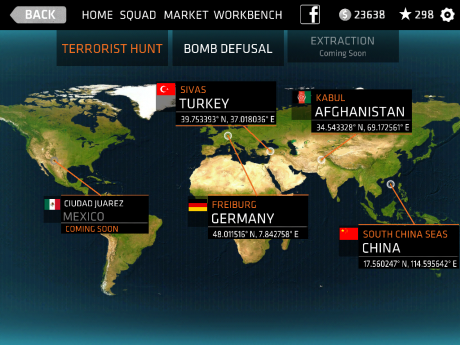 The game contains real gear from manufacturers like Tyr Tactical, Crye Precision, Surefire, First Spear, and more that can be purchased with in-game currency that is earned from successfully completing various missions. You can outfit your squad with various weapons, weapon accessories, uniforms, plate carriers, and helmets. All of these items vary greatly in cost and have an effect on the performance on the individual character. 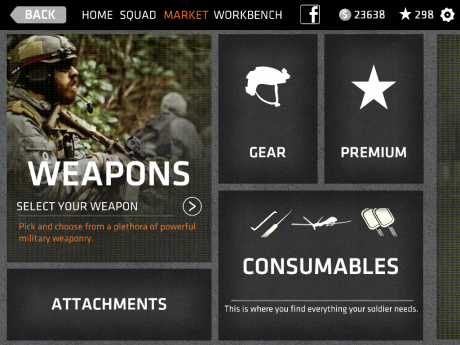 The game also contains various in-game purchases that must be purchased with real money. These paid upgrades are minimal and not necessary to progress through the game (which I like). Two of the paid upgrades are patches that your characters can wear on their uniforms that give performance upgrades with the money from the purchases of these patches going to actual veterans charities: Operation Ward 57 and Yellow Ribbon Fund (which I also like). 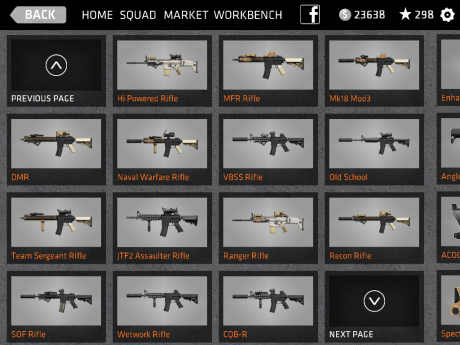 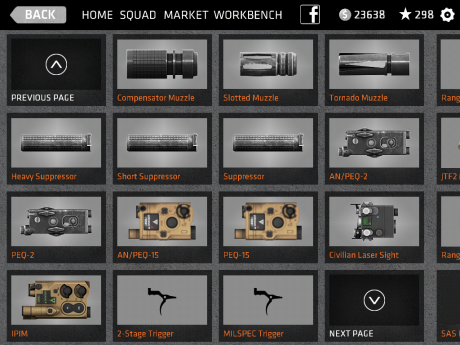 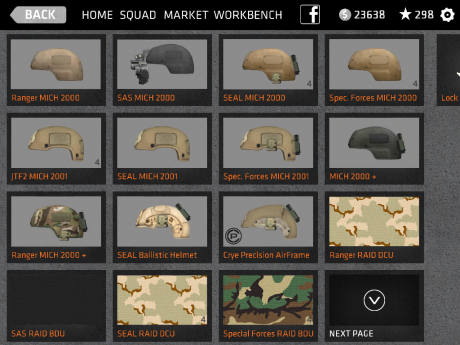 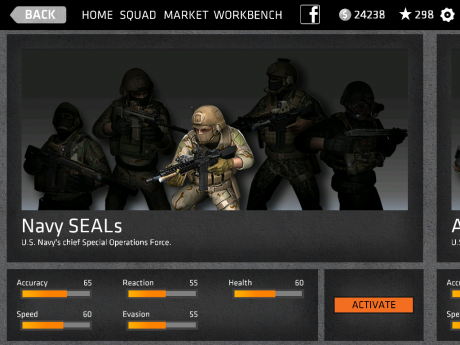 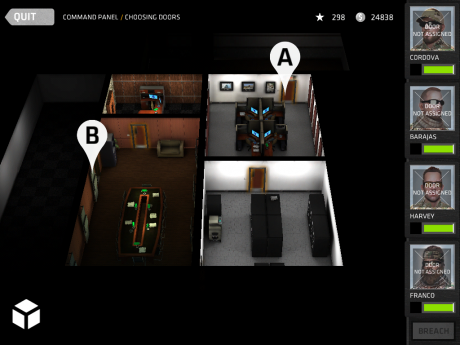 Each mission starts by choosing the entry points and how each point will be breached.

Once you are in a mission, the gameplay consists of moving your characters through a map in such a way that they can clear it safely and quickly. The user interface that is used in the missions is very easy to pick up. The map is basically broken up into a grid with each character moving through the grid in the way that you map out at the beginning of each turn. This grid approach is relatively simple but still allows an impressive amount of depth in how you move your characters. For instance, instead of just moving from point A to point B, you can set waypoints and actually tell your characters which direction to look at each individual grid point along the way.

The game is satisfyingly smart. Characters will automatically utilize cover if you move them to it. If you have them approach low cover, they will get down. If they are shooting around a corner, they lean out. B&C rewards sound tactics and makes you pay for poor tactics. If you leave character without cover, you will pay. If you stop in a doorway, you will pay. If you move recklessly, you will pay. This is amplified at the higher difficulty levels. 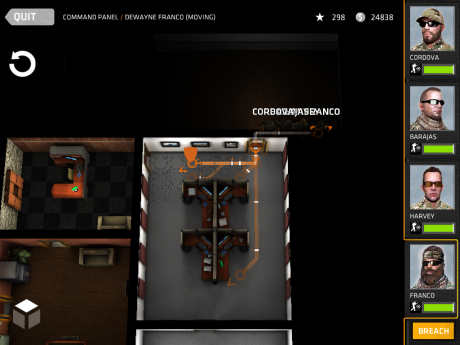 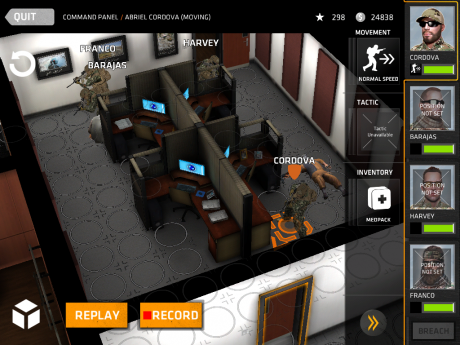 There is some typical gamer silliness in the B&C. Shorter barreled carbines generally do more damage than their full size counterparts. Flimsy objects like cubicle walls seem to provide cover. Some of the weapon additions don’t make a lot of sense in how they effect performance. However, none of these things ruin the game and at least there isn’t anything that is too over the top like dual wielding.

It is a little frustrating that the game still feels a little incomplete. There is more than enough content there that it feels worth what you pay for it but there are still locations listed as coming soon and a game mode that is not available (this was improved recently with the release of an update but still not entirely corrected). There are also still a few glitches that have not been corrected with the most recent update like characters inexplicably stopping along their routes (rare) and a broken feature (Facebook sharing). The Android version may not share these issues.

The mission closes with a cinematic sequence of the final shots. 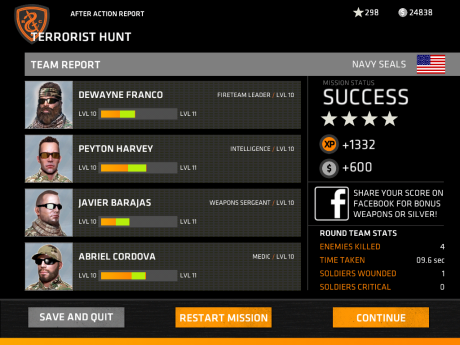 A rating and experience points are applied after the mission.

Breach & Clear has delivered more than a $1.99 (what I paid) worth of fun. It feels smart enough to be challenging, offers a satisfying rate of progression, and has a ton of cool gear to mess with. It is not without issues but it is so good as it stands right now that I have high hopes for how it will progress. Check out Breach & Clear.